I was cruising through The Photographers Ephemeris the other day when I spotted a cool railroad bridge that I had never been to.  There are good reasons why I had never been here, like, it's in HIWASSEE.  Which is kinda off the main roads(to get here I was on quite the curvy backroad/dirt roads).  Even though it's down a long curvy road, it is only about 40 minutes from the house.  So it is close enough to head out after work and be back by midnight!

For Christmas, my youngest brother got me a sweet Coast HP7 LED Flashlight.  It is way brighter than a Maglite of similar size, with the added benefit of the push/pull one-handed focusing system.  It can throw a wide swath of light or focus down to a small circle in just an instant.

The first thing I noticed upon arriving to the bridge was how prominent Orion was in the sky.  I decided to point the camera way up and frame Orion near the rusty trestle.  It is interesting how some constellations that show up well to the naked eye can seem to 'blend in' with all the other stars during a long exposure.  If you aren't sure, Orion is on the left side of the image(look for 3 stars in a row). 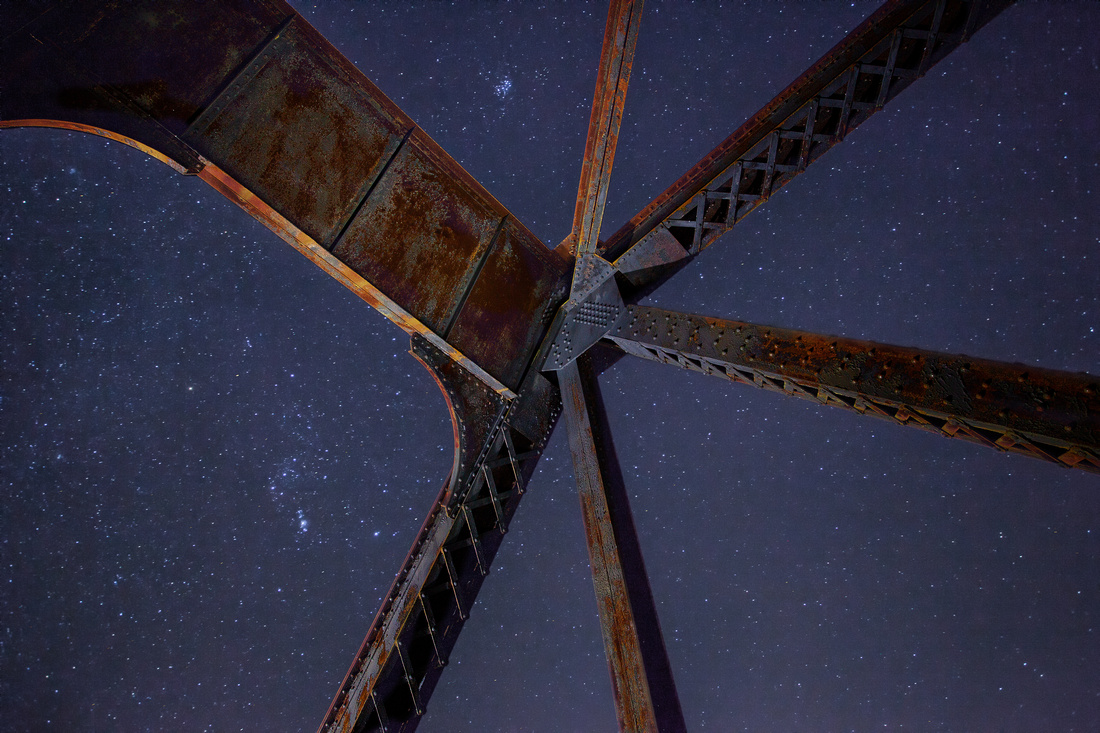 The Orion Constellation and a rusty train trestle.

To put this image together, I used two exposures.  Once I had a 'good one' of the stars, I refocused the camera to the trestle, and started lightpainting.  I also closed the aperture down to really show the detail in the rusty trestle.  After lighting the trestle from multiple directions, I found one that worked for me.  Then, it was a mostly simple 'lighten-only' blend in the Gimp! 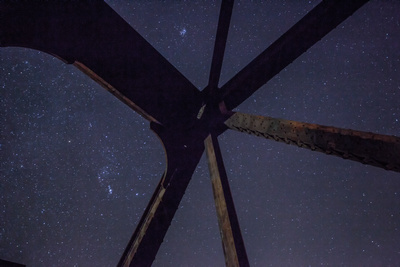 Stars over a train trestle.This image was taken for the stars only. The light on the trestle is from some nearby lights on the edge of the New River. 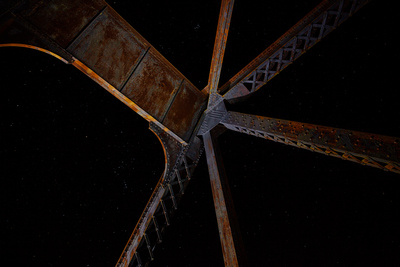 A light painted image shot to capture the detail in the trestle.Light-painting

After a short walk down the bridge, I found a composition I liked that included a little of the Milky Way.  There is some light pollution here so it didn't really 'pop' like one would wish.  But using multiple exposures for the bridge and the stars, we get it about as good as we can!

I used the Magic Lantern on my Canon 5d Mark ii to have the camera shoot continuously while I walked up and down the bridge lightpainting. Having a powerful flashlight let me using a relatively low ISO and small aperture to maximize detail.  After all was said and done, it was again a 'mostly simple' lighten only process in the Gimp.  Individual photos are just after this big, finished one. 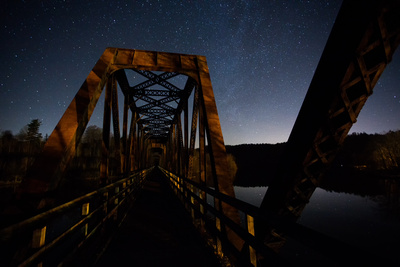 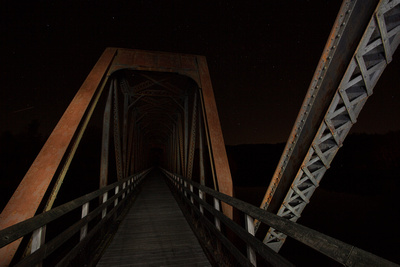 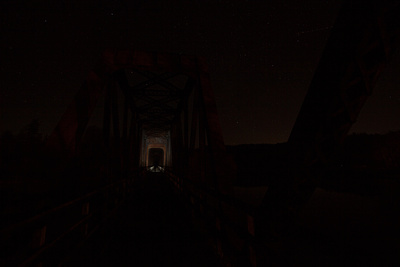 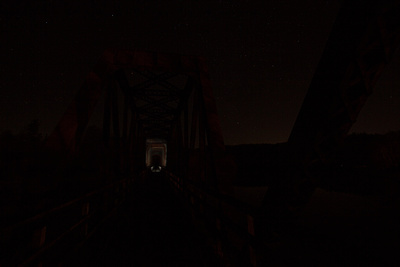 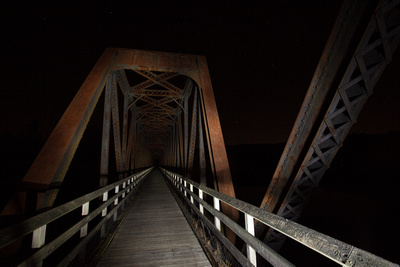 The cool part of lightpainting like this is the fact that all the parts of your scene are put together separately, meaning that if you want to try something different, or don't like the way something looks, you can just add and remove parts as you see fit!

For example, when I was on the bridge, I had a glow stick and some rope, so I decided that I was gonna make an orb.  Basically just twirl the glow stick and spin in a slow circle during the exposure and you have yourself an ORB.  The glow sticks I had were green and blue, but I really wanted a golden orb, so I warmed this photo up in Lightroom 5.  Then all you have to do is add it to the scene like anything else. 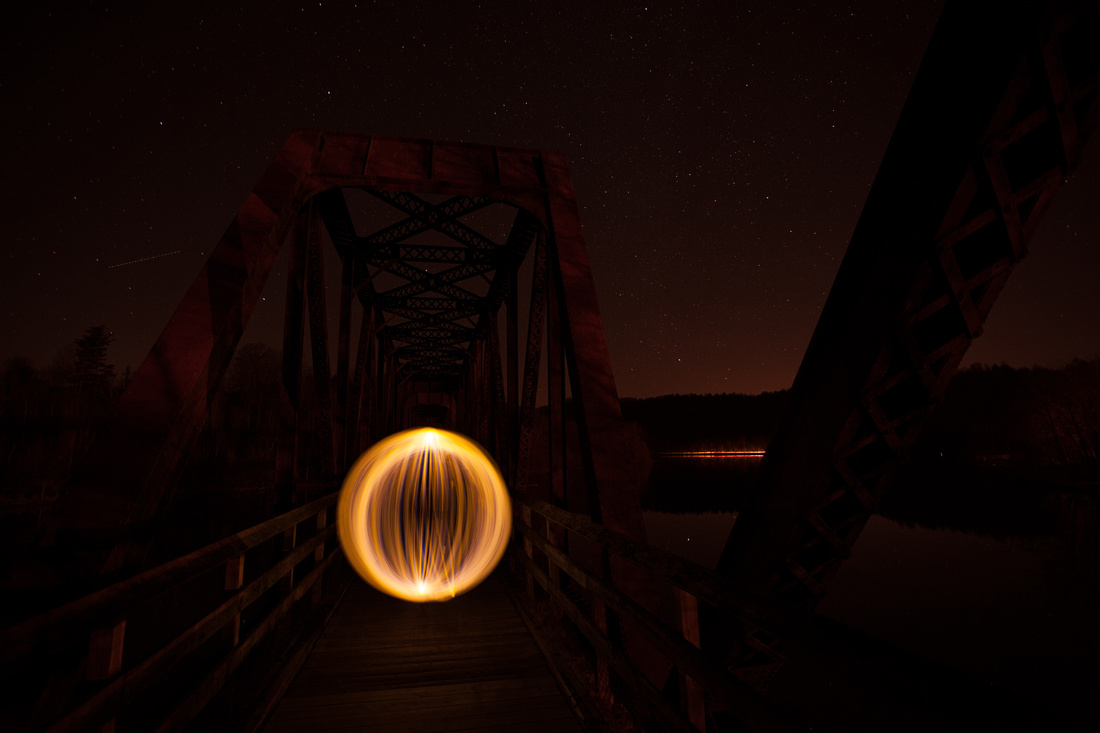 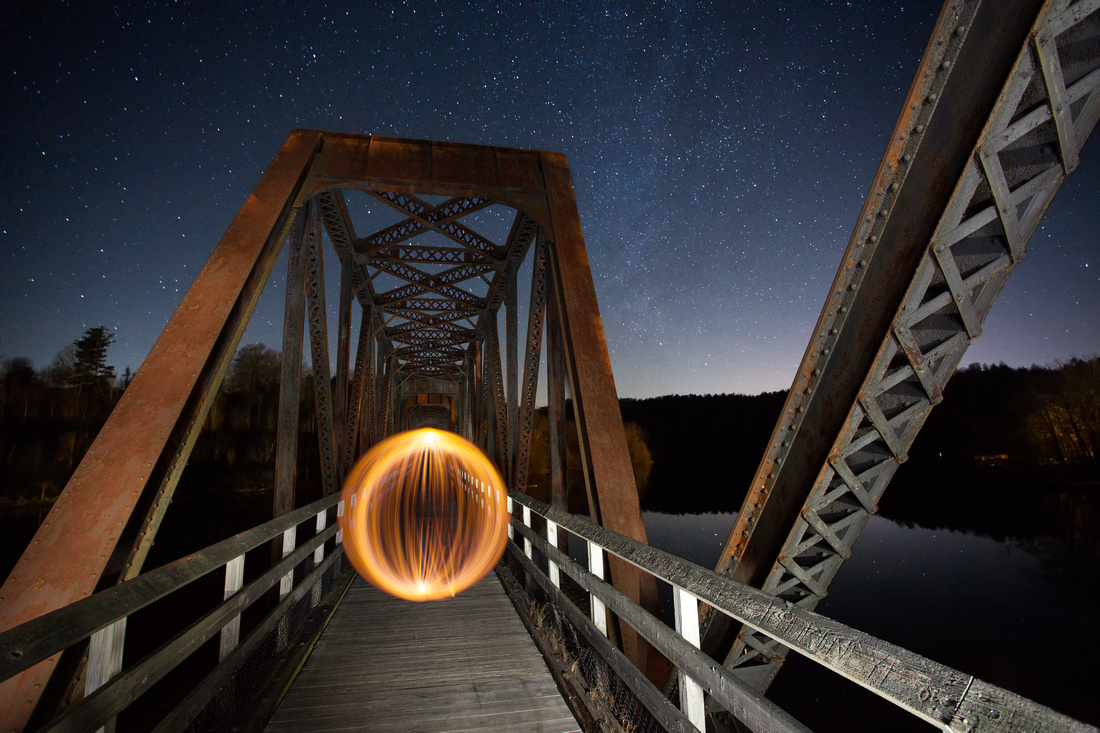 While I think that the orb looks cool, there are better scenes to add them.  This was the first time I had ever made one, but I will sure try again in a scene where it looks a little more 'in place' :)

On the subject of train trestles, here is a photo of the tunnel near Fries Junction on the Chestnut Creek part of the trail.  I made this image using the same principles, just let the camera run while I shined the light in different places. 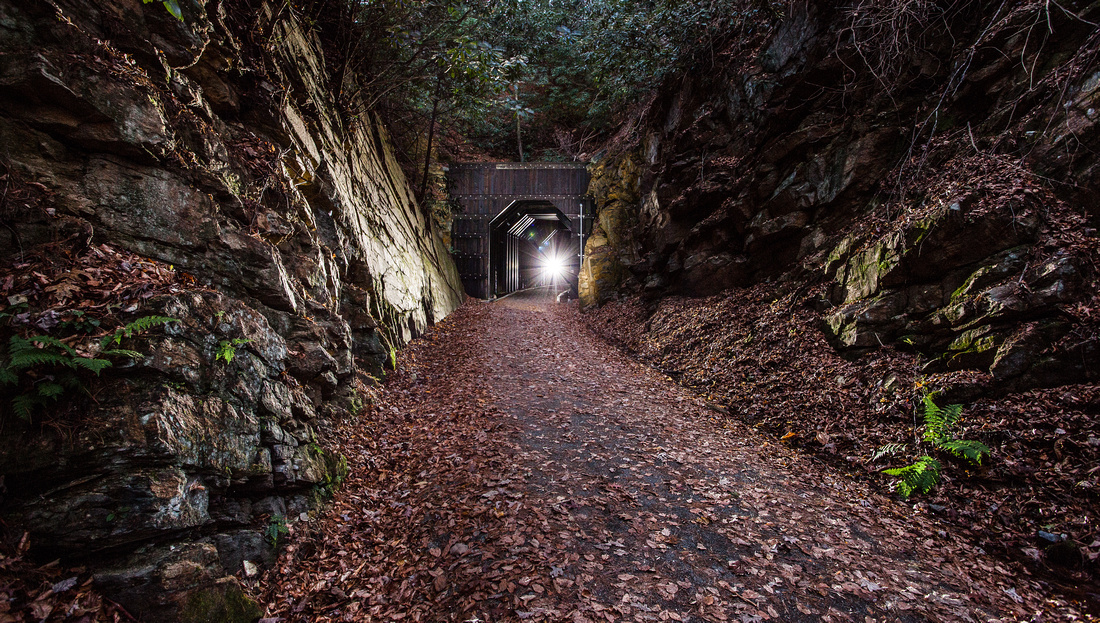 If you have any comments or photography questions, feel free to shoot me an email at [email protected] or simply leave a comment.

It would be great to shoot with you sometime. I live in Floyd County so I'm sure we both have shot at some of the same locations. I really want to light paint more at Mountain Lake around the disc golf course or Wind Rock. I of course am right next to the BRP. At some point perhaps we'll connect for a shoot.