For our little week at the beach, Ashley and I decided on Oak Island, North Carolina.  It's about an hour up the coast from the more popular Myrtle Beach, but not quite as far away as the Outer Banks(which was my favorite).  It is a nice blend between having services nearby and having plenty of space.

I was excited because the full moon was rising the day after we got there.  This month it happened to be the 'SUPER' moon, the largest moon of the year.  To be honest, the only thing cool about the 'supermoon' is that it has a tendency to get people out of their houses to go out and look for its rise, that's about it.  It is pretty much impossible to tell it different from any other full moon, but if it gets people out into the world to experience a moonrise with friends and families, then it's nothing but a good thing.

Personally, I prefer photographing a full moon the day before its official full moon rise.  This is because the moon will be rising on the brighter side of the sunset(before), which allows me more ambient light to work with(less crazy contrast). 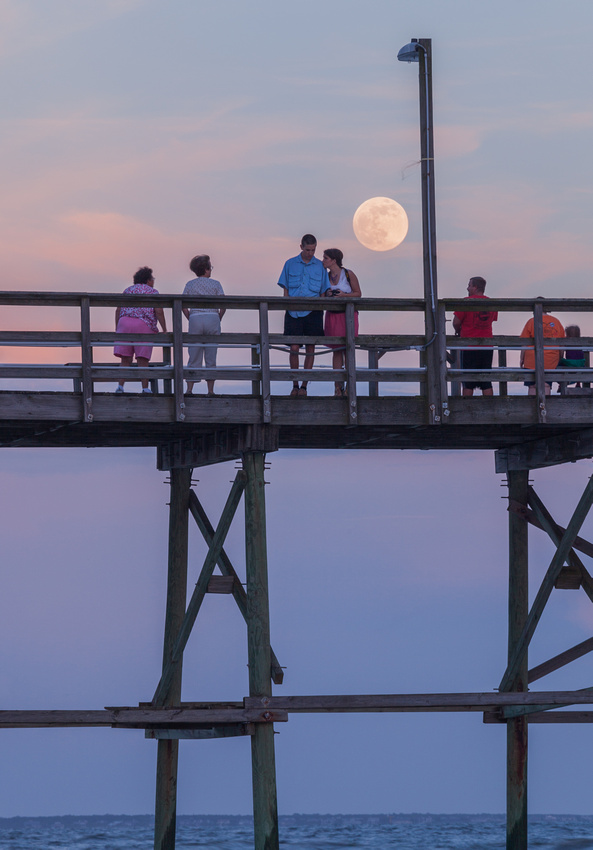 I was REALLY hoping for a clear night, which would allow me to shoot the moon really close to the horizon, but I didn't mind waiting for it to rise up out of the clouds(after all, I was at the beach).  These two photos would have been nothing but a bright moon and a black silohette had I waited the extra day. 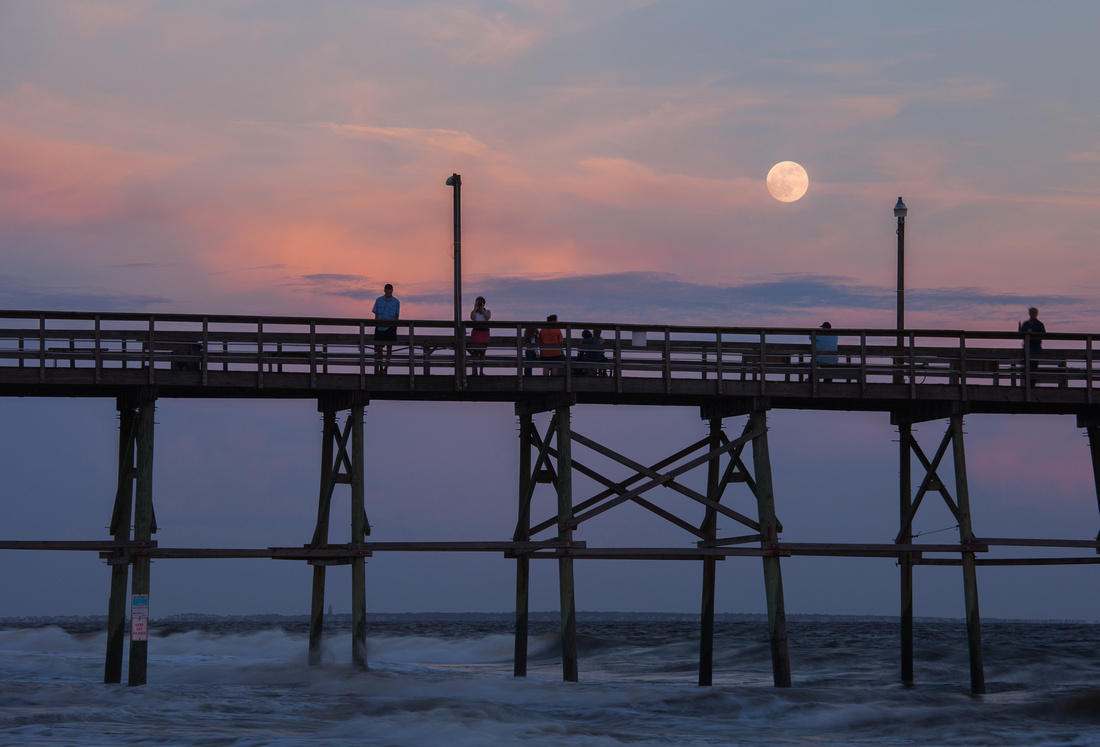 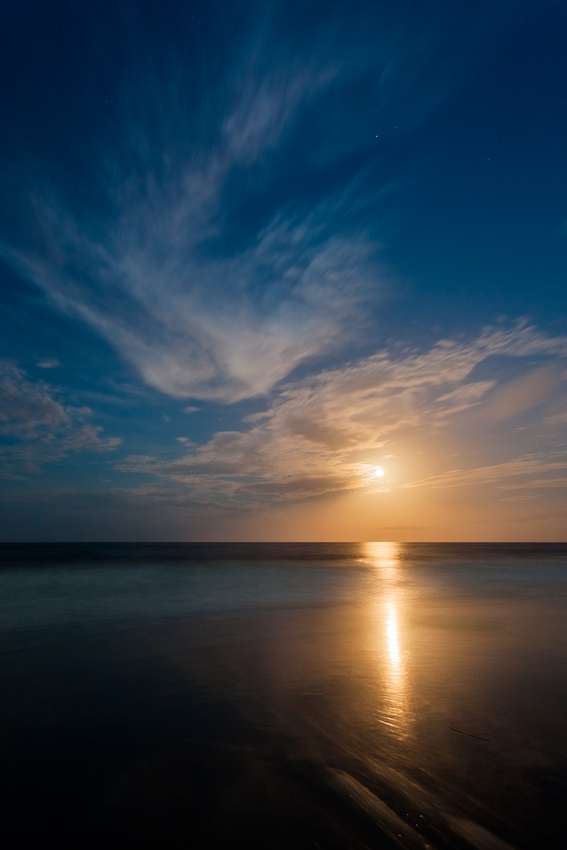 The following morning, I went out to pretty much the same place and watched the moon go down.  A small tidbit for you, the Moon did not reach 'Full' until 7:32 am on June 23.  So if I was planning on see the moon turn full I would have been out of luck as it set at 6:13 am! I feel SO CHEATED!!  But its ok, it looked full to me:)

About an hour or so of hanging out on the beach waiting for the sun to rise, I snapped this shot of the Caswell Lighthouse during one of it's 'blinks'.  There are four huge lights spinning at the top of the lighthouse, so a viewer sees four 'blinks' every ten seconds or so. 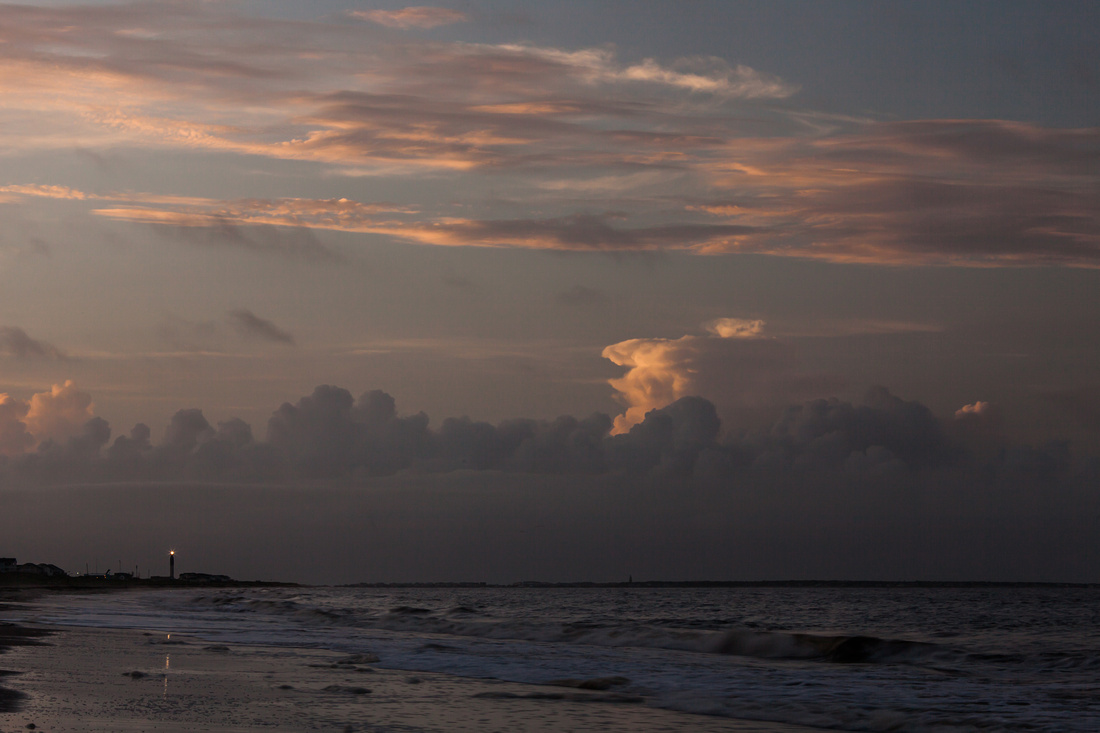 Dealing with the contrast of the moon would normally be the most 'challenging' thing during a trip like this.  Oh was I in for a treat!  For one sunset(and pretty much the only other time my camera came out) I ventured down to the Caswell Lighthouse.  The wind was OFF THE CHAIN(it's a technical term, ask a young person if you don't know what this means).  I immediately knew that controlling the scene with HDR was a no go, the super high winds and moving blades of grass would have made ghost-reduction pretty much a waste of time. But that didn't stop me from bracketing.

In the first image, the range of the whole scene fit without any need for a filter.  But as the sun began to set, I pulled out the Singh-Ray 3-stop reverse graduted ND filter, cranked up my ISO to 1600 and just hoped that I could freeze the blowing foliage... 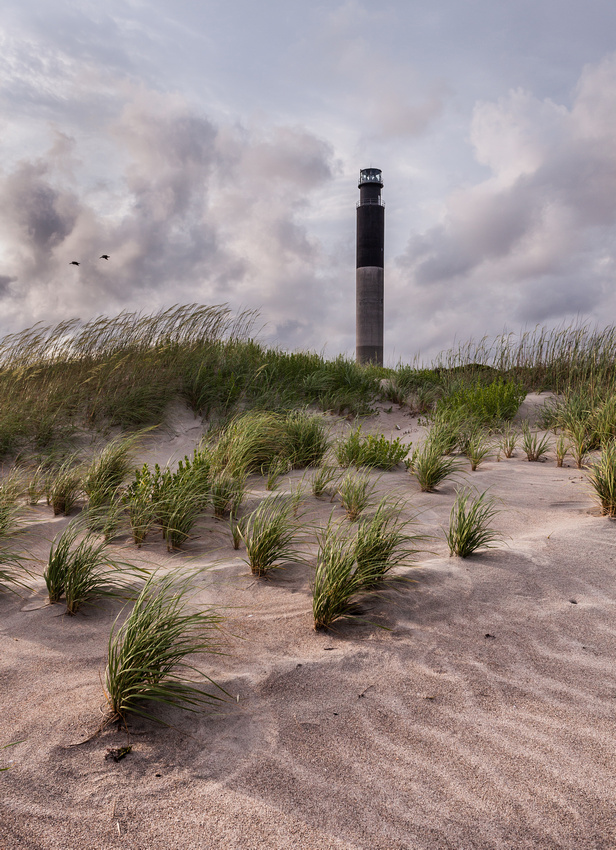 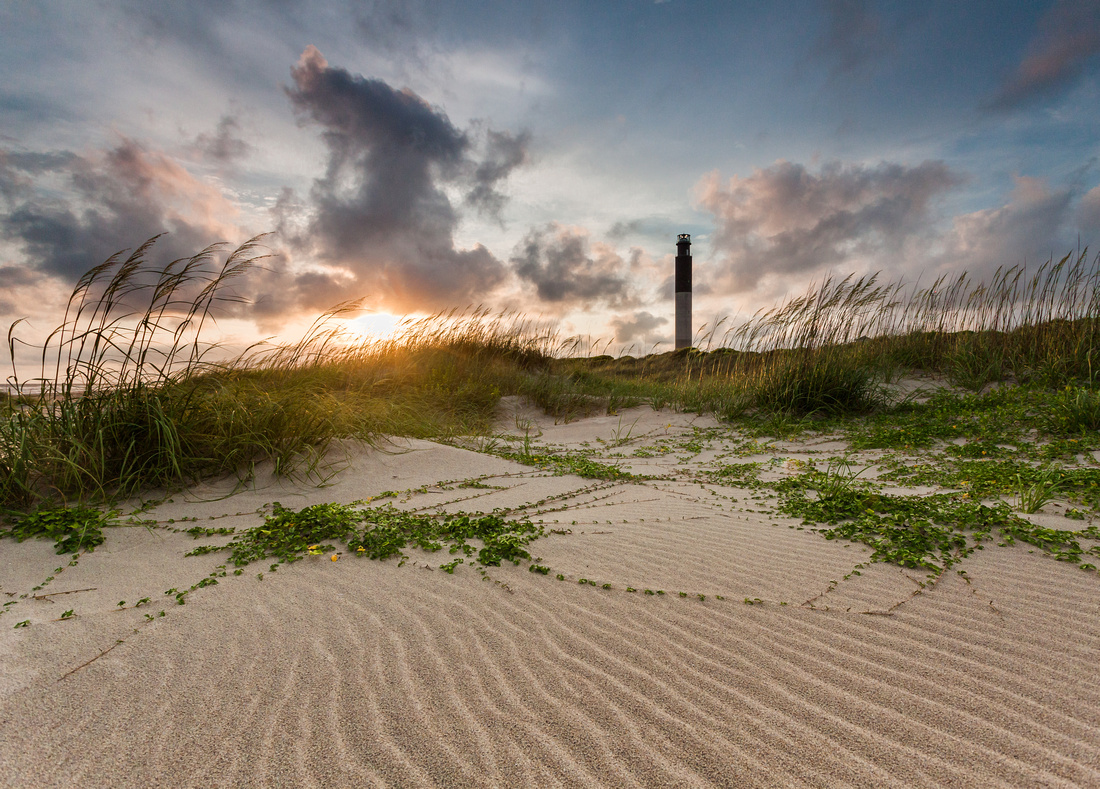 Photography is usually about compromises, fortunately for this shot(one that I am proud of) I didn't have to compromise anything but a little additional noise from the high ISO... Thanks for looking:)