We FINALLY got some snow in Virginia! ​ 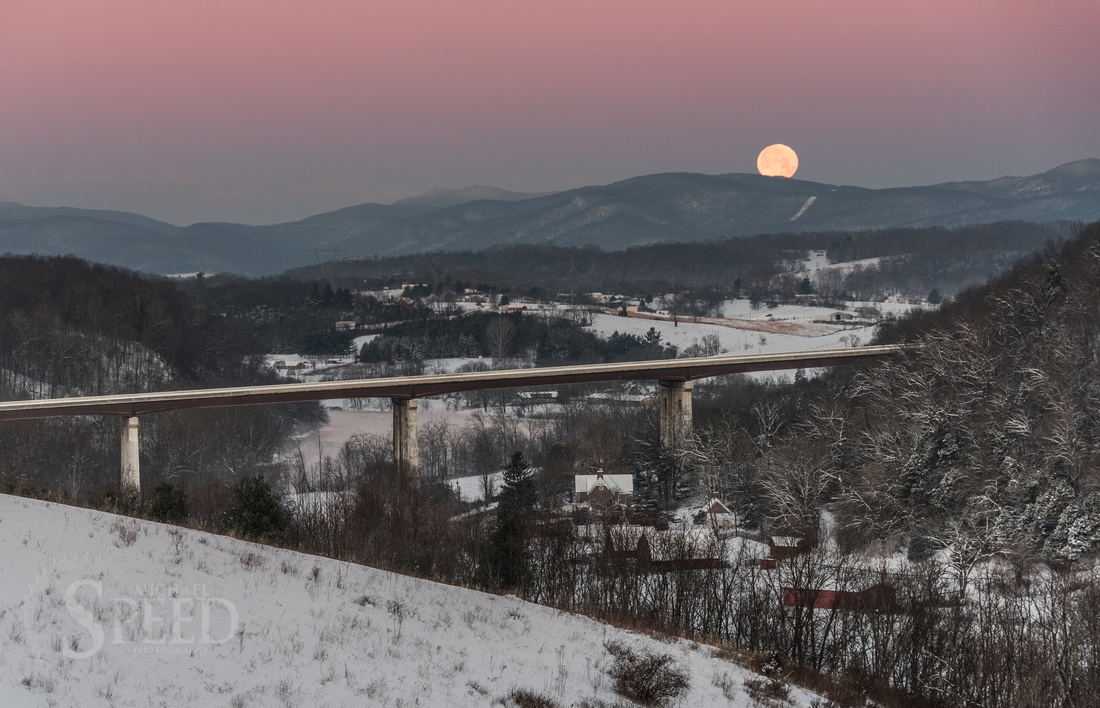 Actually. a few days before the GREAT STORM OF 2016, we got a little dusting of snow, which prompted me to take the dog to the New River Trail and enjoy the snow(in a few days the snow would be too deep for my fearless Yorkie)

I was armed with only an LG v10 smartphone, and I gotta say, it does the job well enough for dog walks! 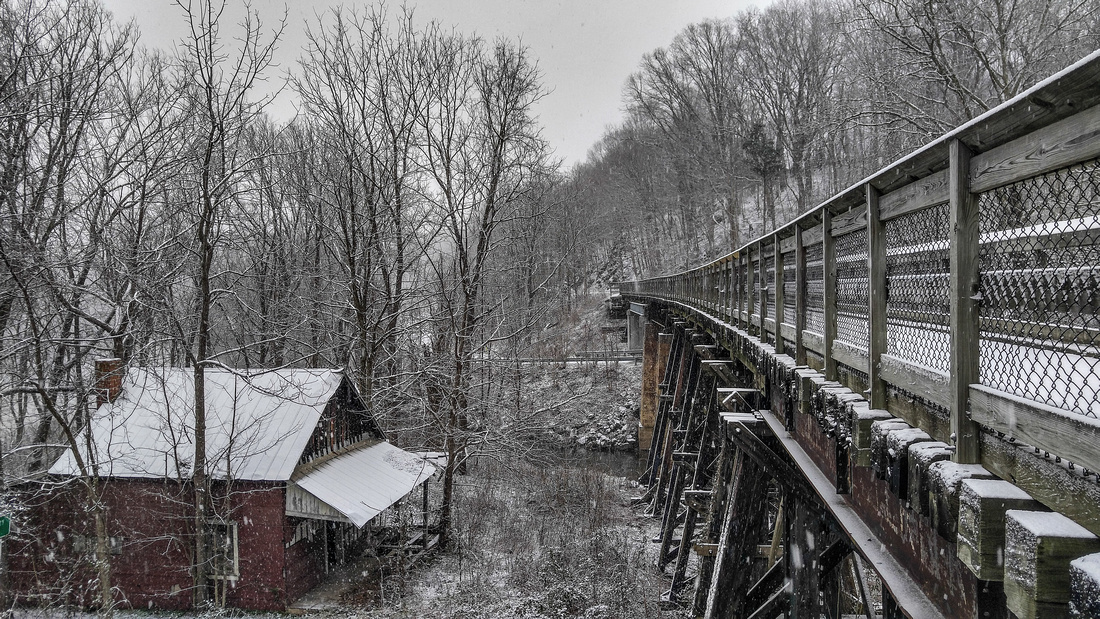 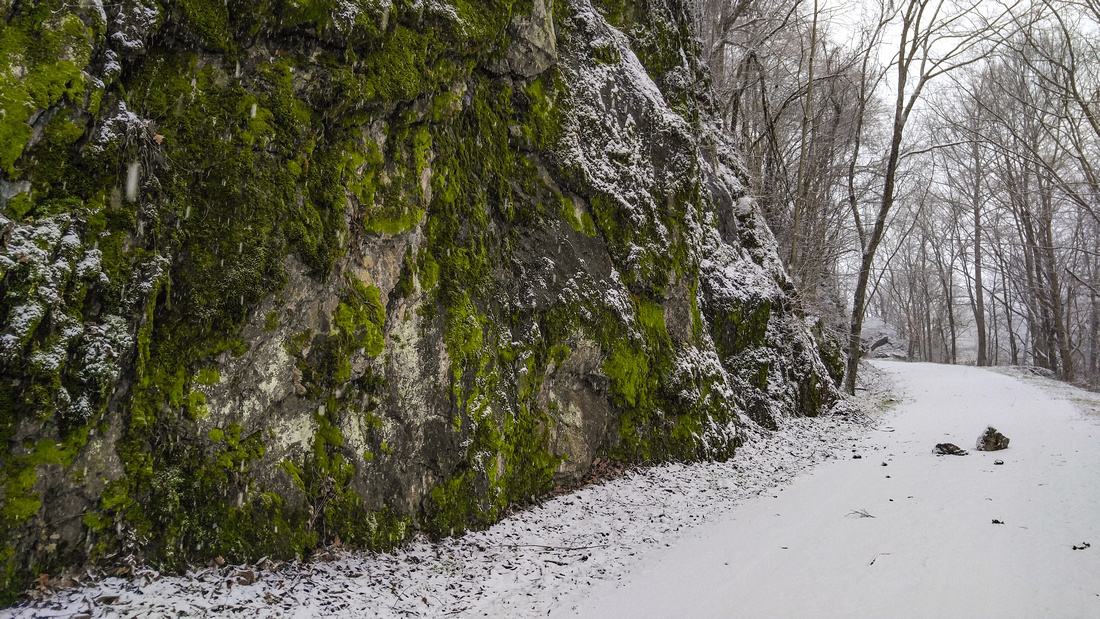 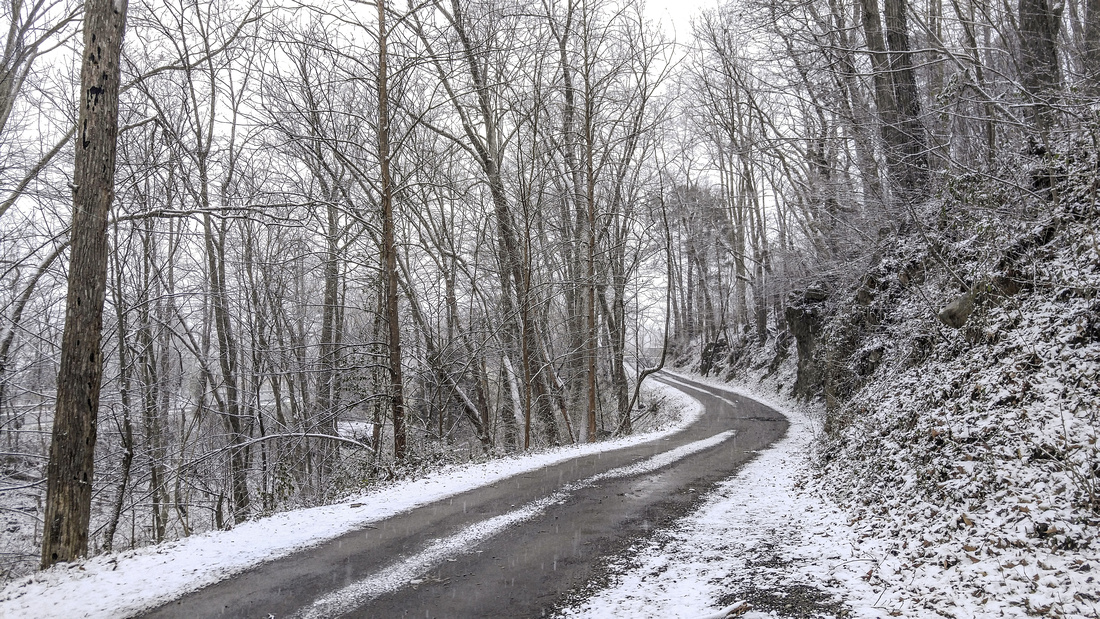 Then, last Friday, the snow really started to come down.  It was awesome!  We got a few inches that day, and I had the New River Trail to myself, even though someone had been there before me. 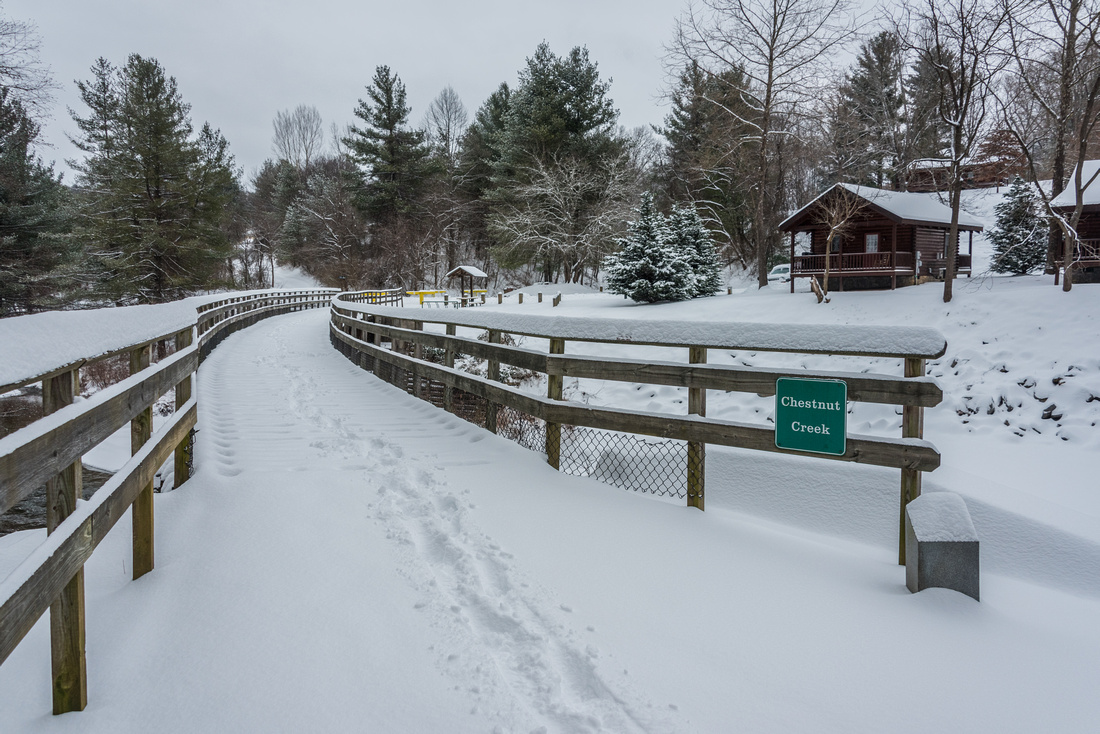 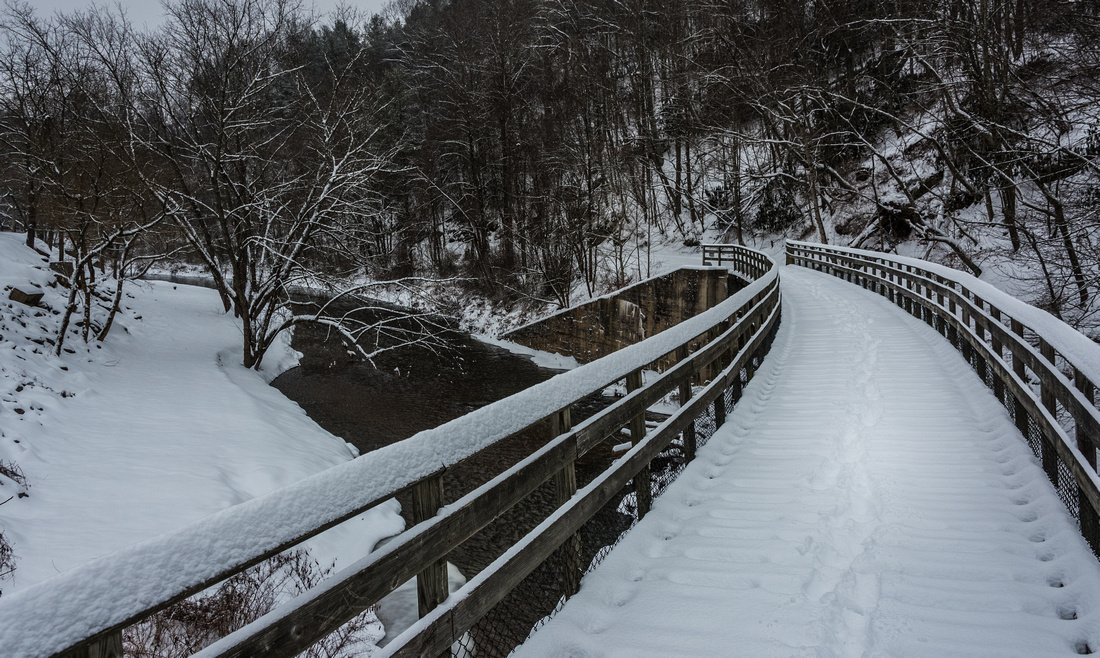 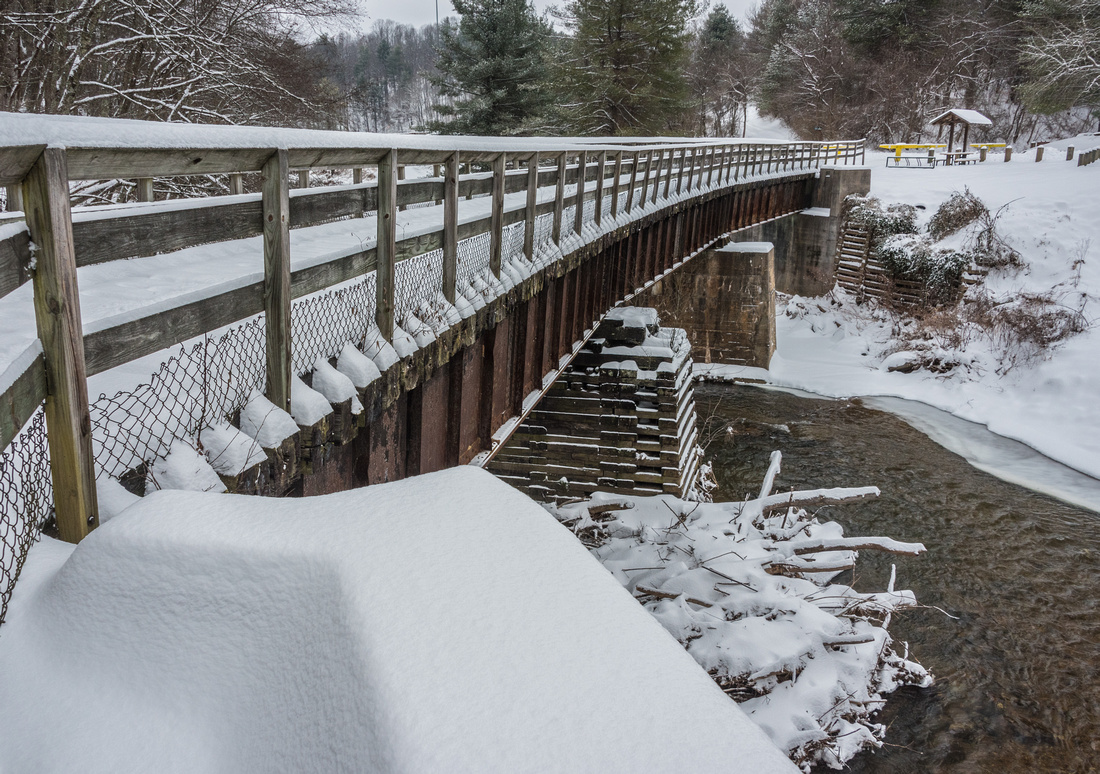 I slid down the hillside into the river for a different angle.  The water was just a little deeper than my boots were tall.  I got wet feet on a cold day... Bummer! 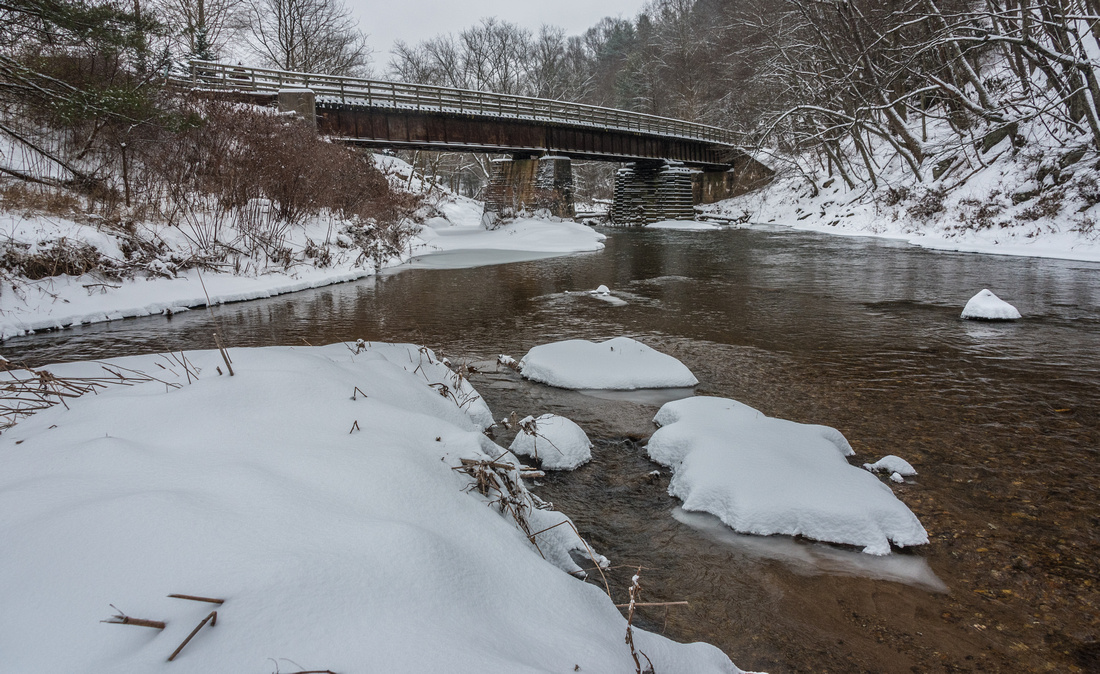 On Saturday, we got A LOT of snow!  So much that I was unable to get anywhere to take photos(I got my Subaru Crosstrek stuck twice trying).  However, on Sunday, I made sure to wake up nice and early and shoot a few photos under the full moon before the sun came up.  I headed to the Foster Falls area(I go here a lot).  There are a few scenic farms, barns and fields that are nice to photograph. 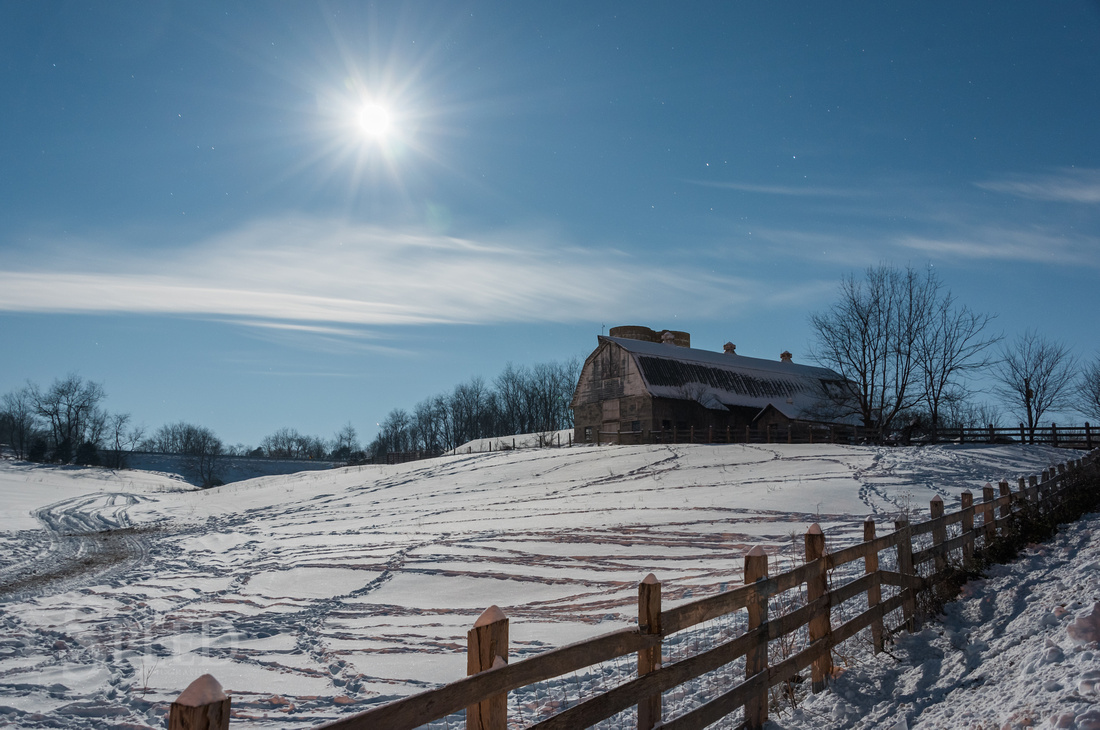 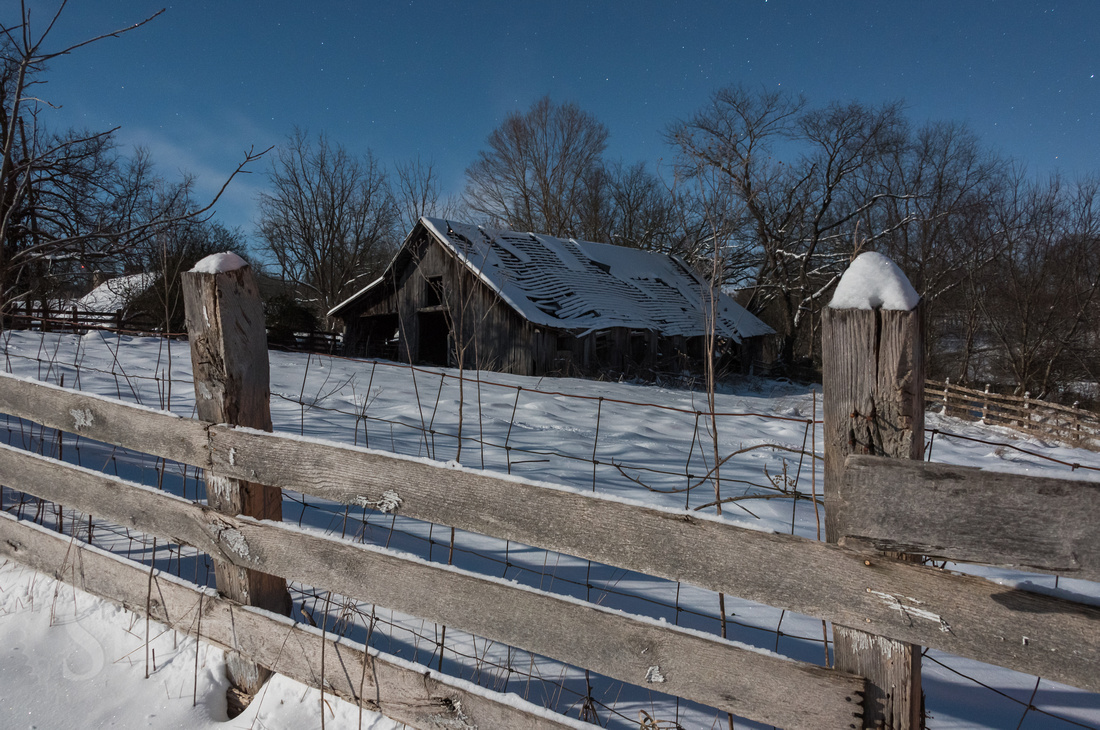 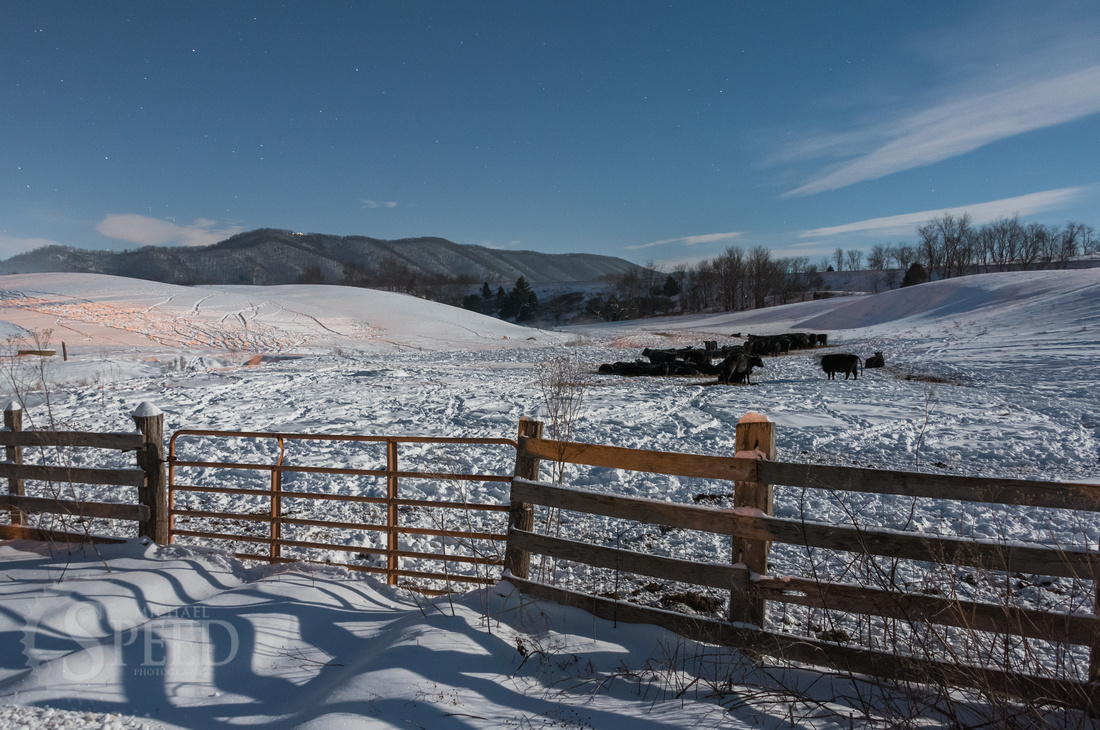 The thing that is frustrating about getting a ton of snow, is that the plows pile it up on the side of the roads making it really hard to park anywhere.  Fortunately, the road to Foster Falls state park doesn't get much traffic so I was able to just park on the road for the morning(not a single car drove by) 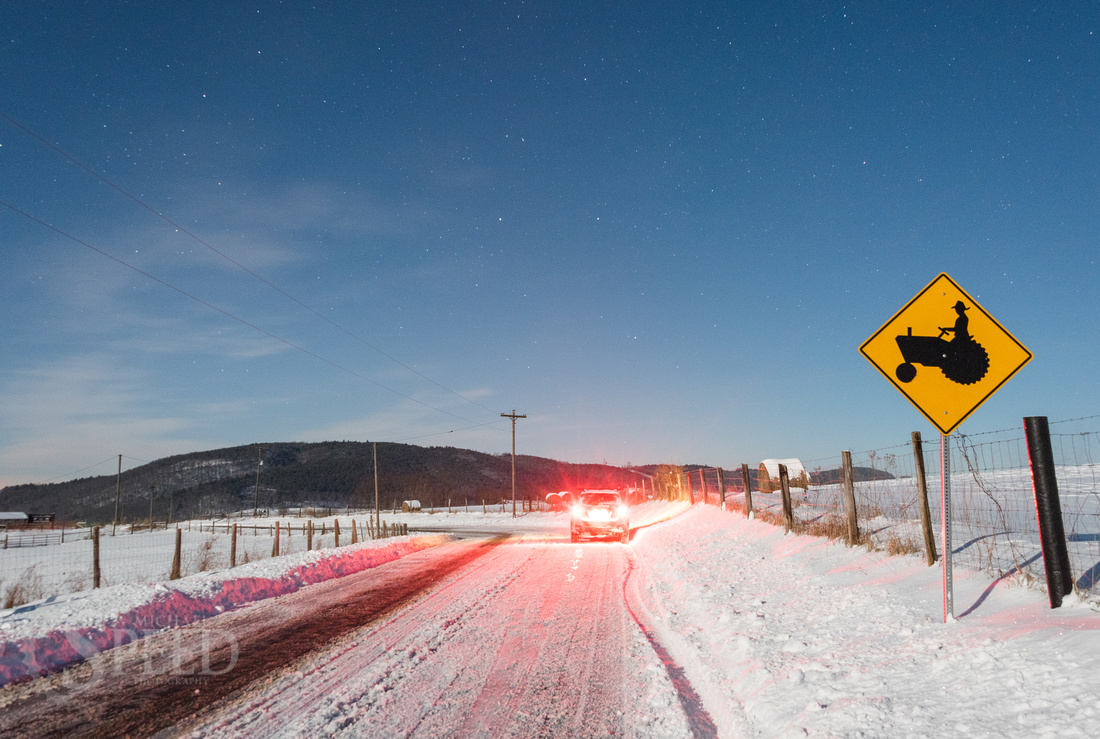 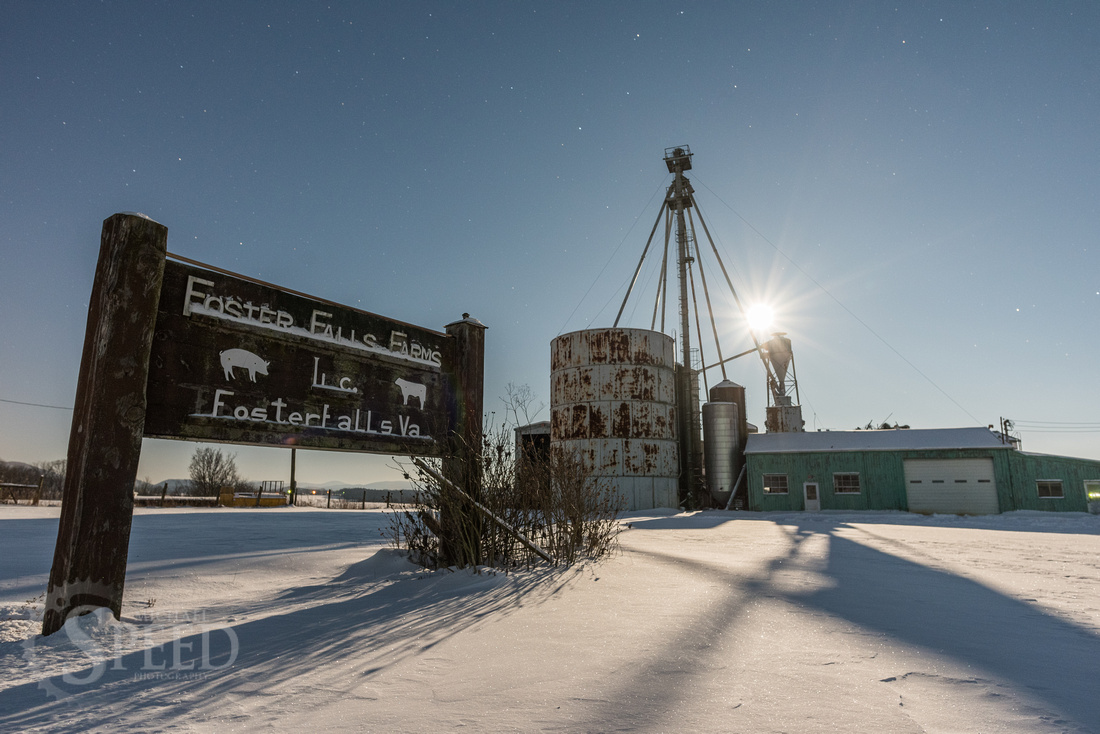 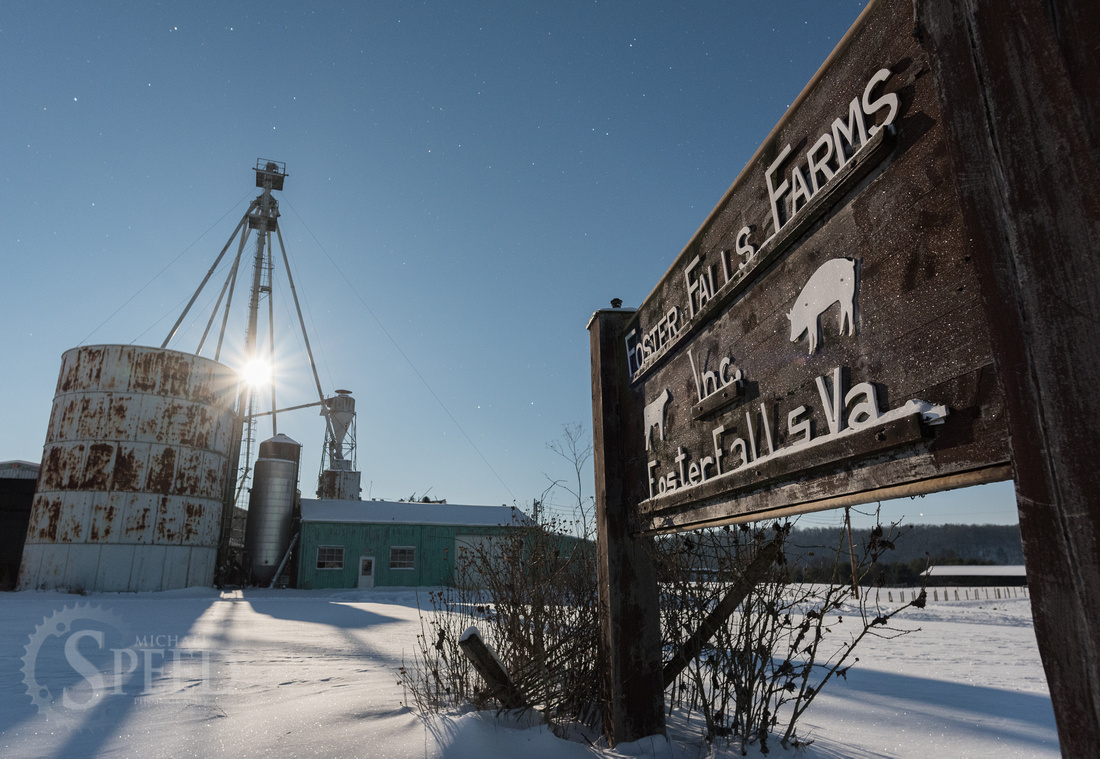 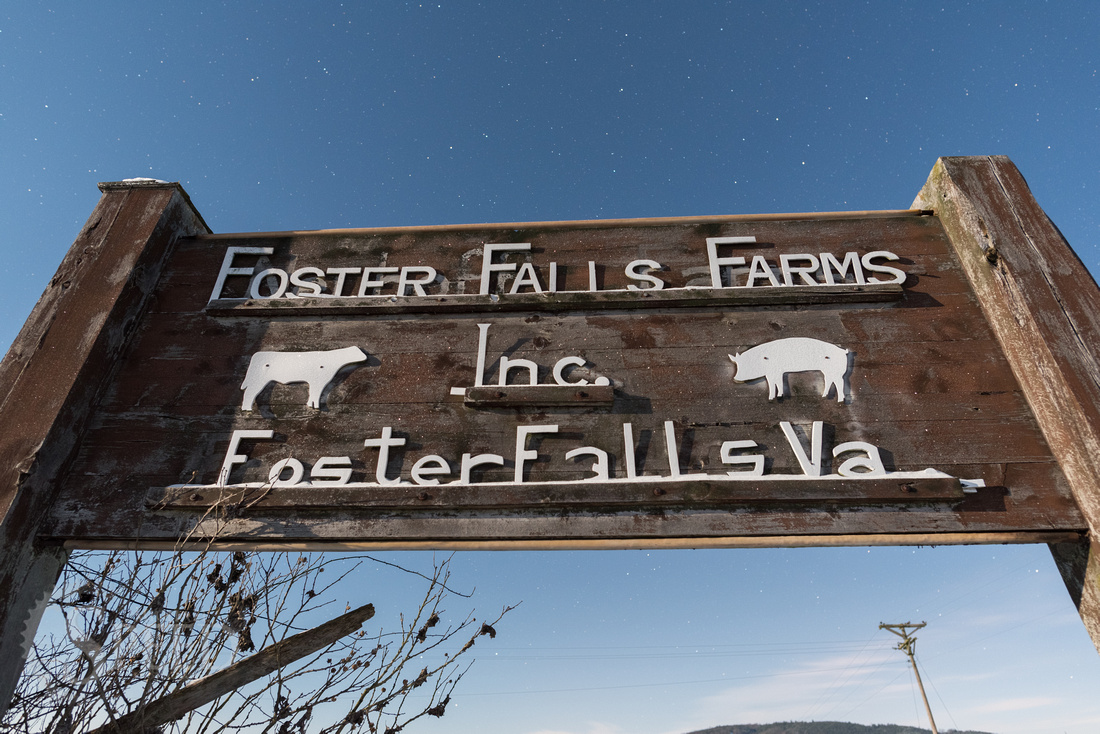 By now, the sun was starting to come up!  I could see the approaching dawn on the horizon.  I am not sure but I think that really bright 'star' is the planet Venus. 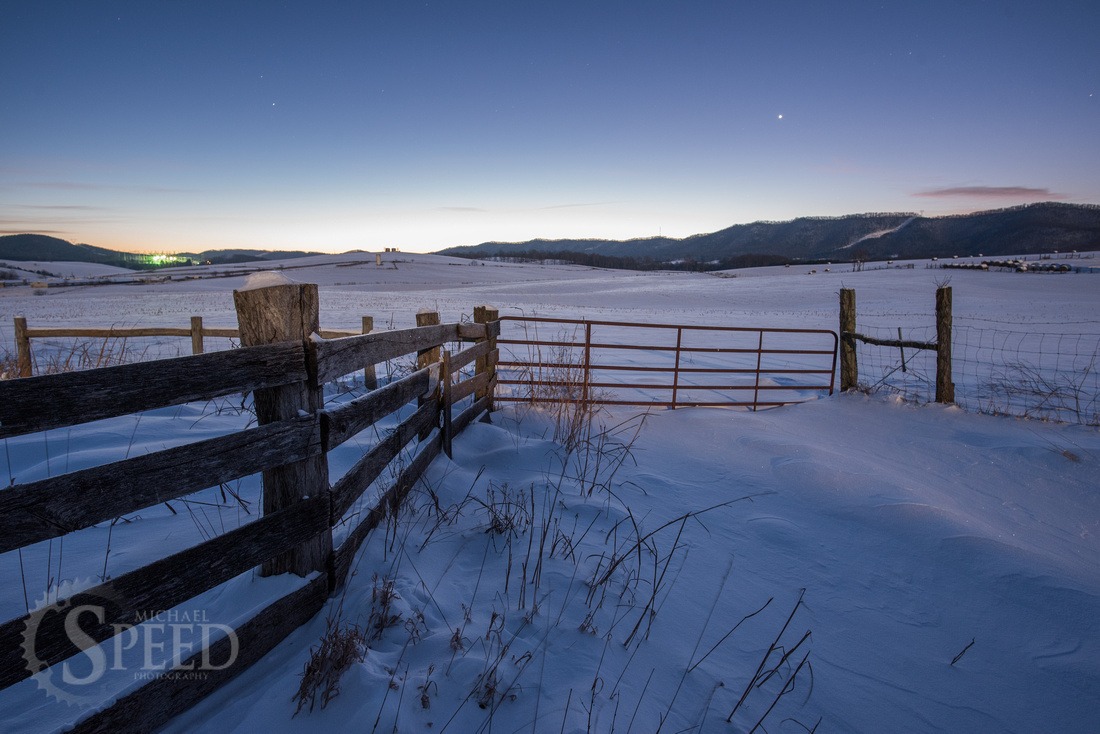 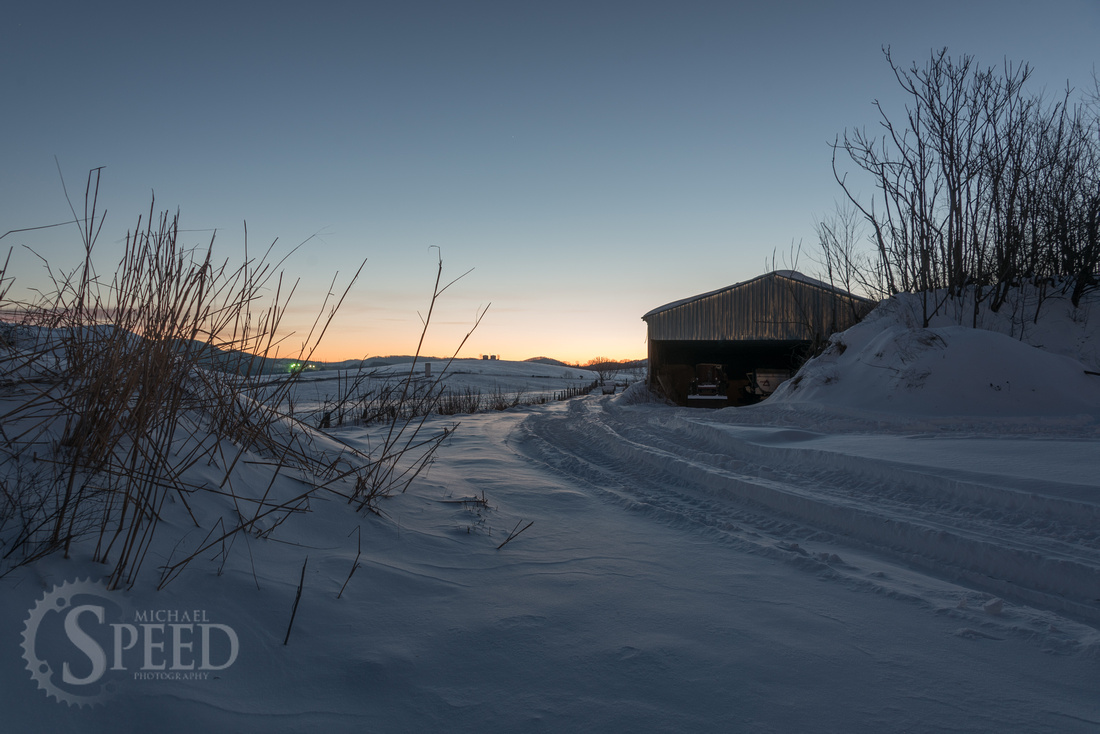 Below, the moon sets behind an old snow covered tractor. 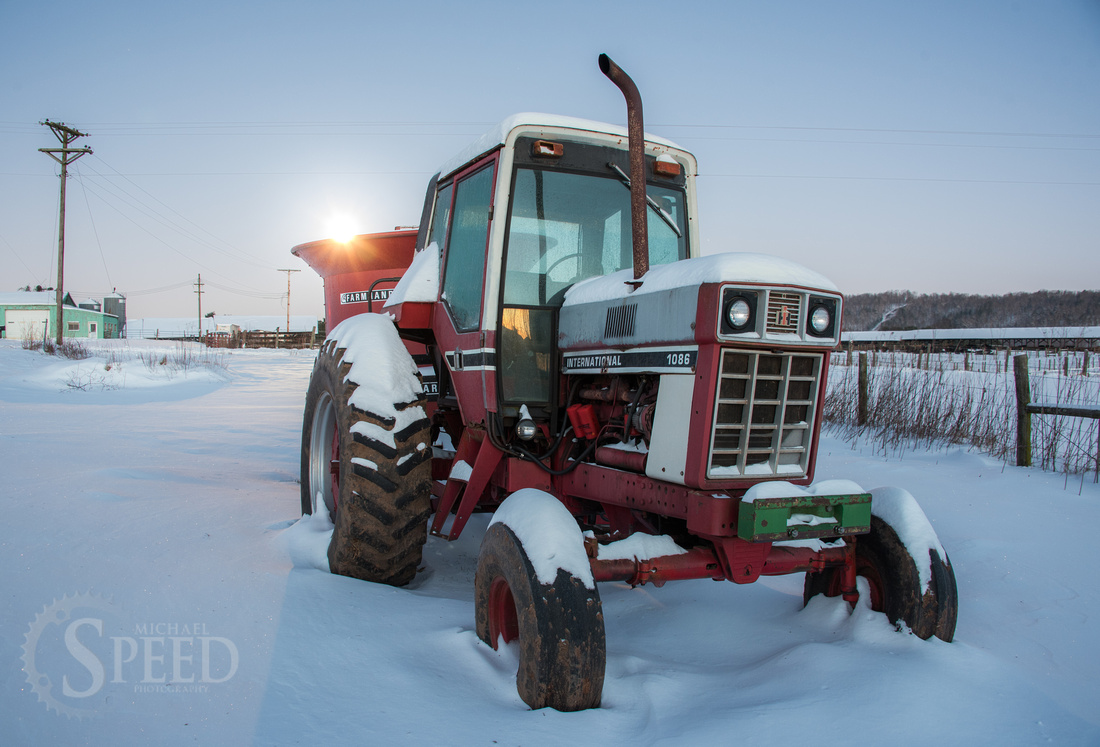 2016 Snowstorm in Southwest Virginiaold tractor in the snow

The sun was starting to warm up the sky really nicely... 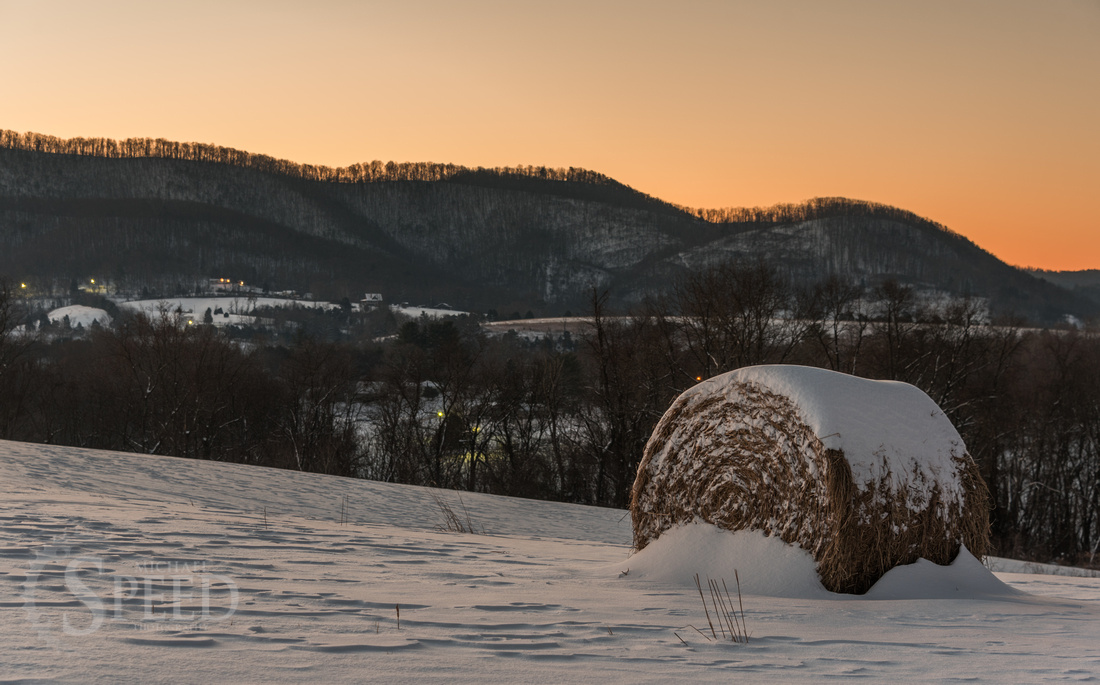 Then looking west, the moon was setting in some nice earth shadow as the red band of sunlight approached!  By now my hands were all but frozen, but the scene in front of me was worth standing out in the cold for! 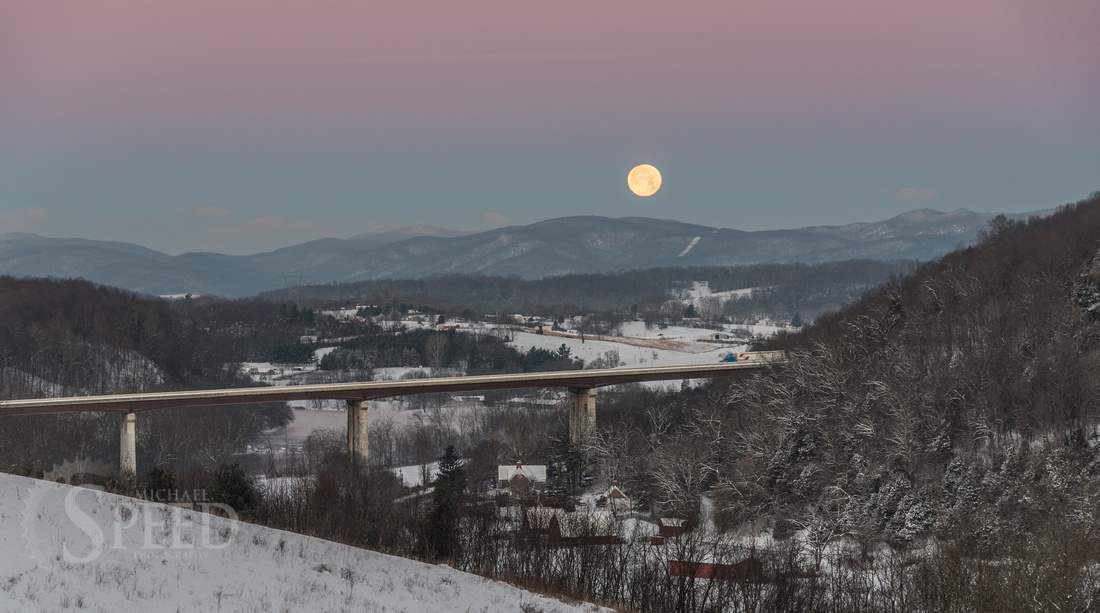 I get to cross this bridge everyday on my way to work.  I always enjoy peaking over the edge and looking down at the new river.  Normally, the interstate make a TON of noise that you can hear even from a distance.  This morning however, with all the snow and ice, caused very few people to be out and about, even just a tiny fraction of tractor-trailers were out this morning compared to a normal day.  It was nice and quiet. 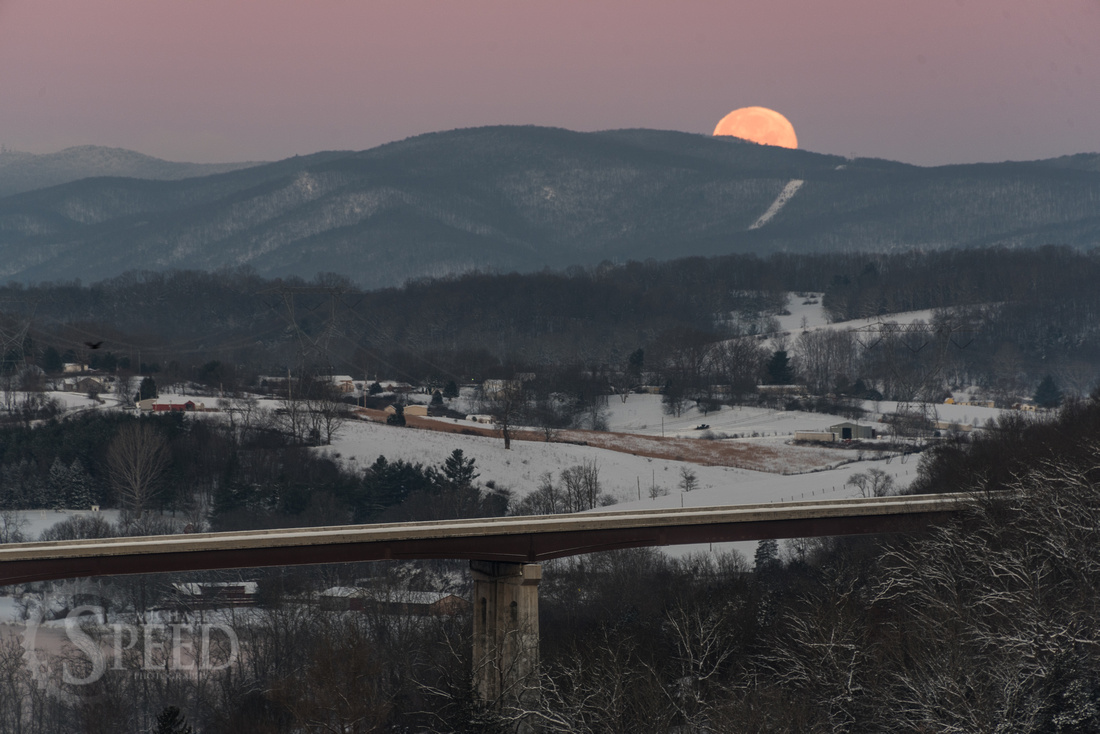 I hope to get out again before the big melt.  Stay safe and enjoy the snow.  Thanks for looking!