Roanoke is definitely a city that sleeps!  Early on a recent Sunday morning, I took a stroll through a very empty downtown Roanoke to snap a few photos.  All of these photos were taken with my Sony A6000, Rokinon 12mm f2, and Tamron 18-200 di-iii.   I started out in a familiar place, which is by the restaurant Scrambled, where my wife and I have had breakfast a few times.  It is right next to Center in the Square. 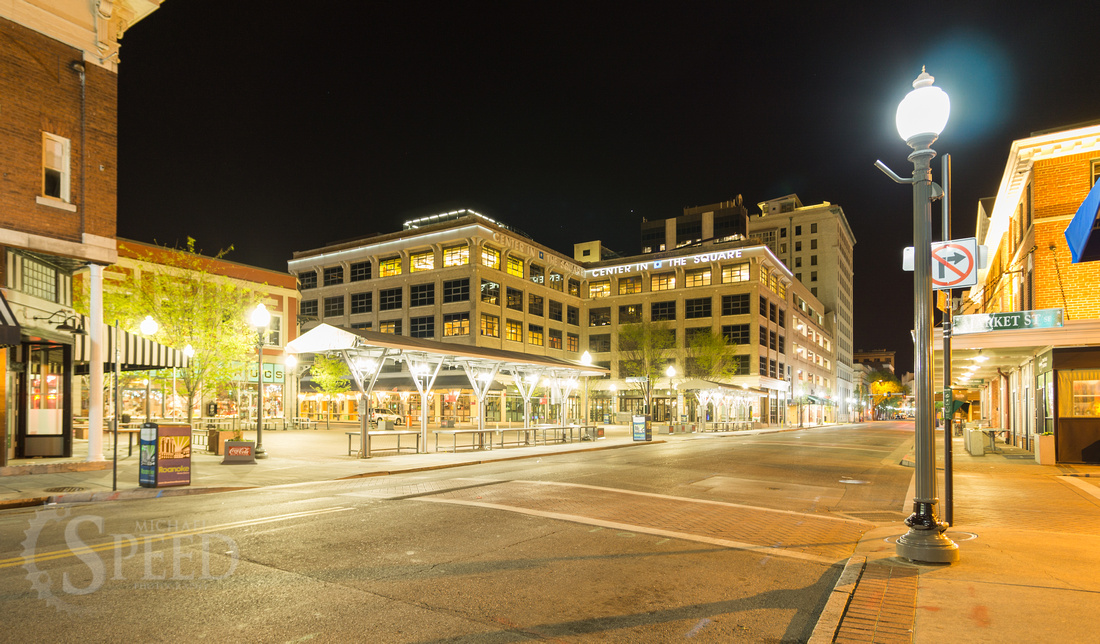 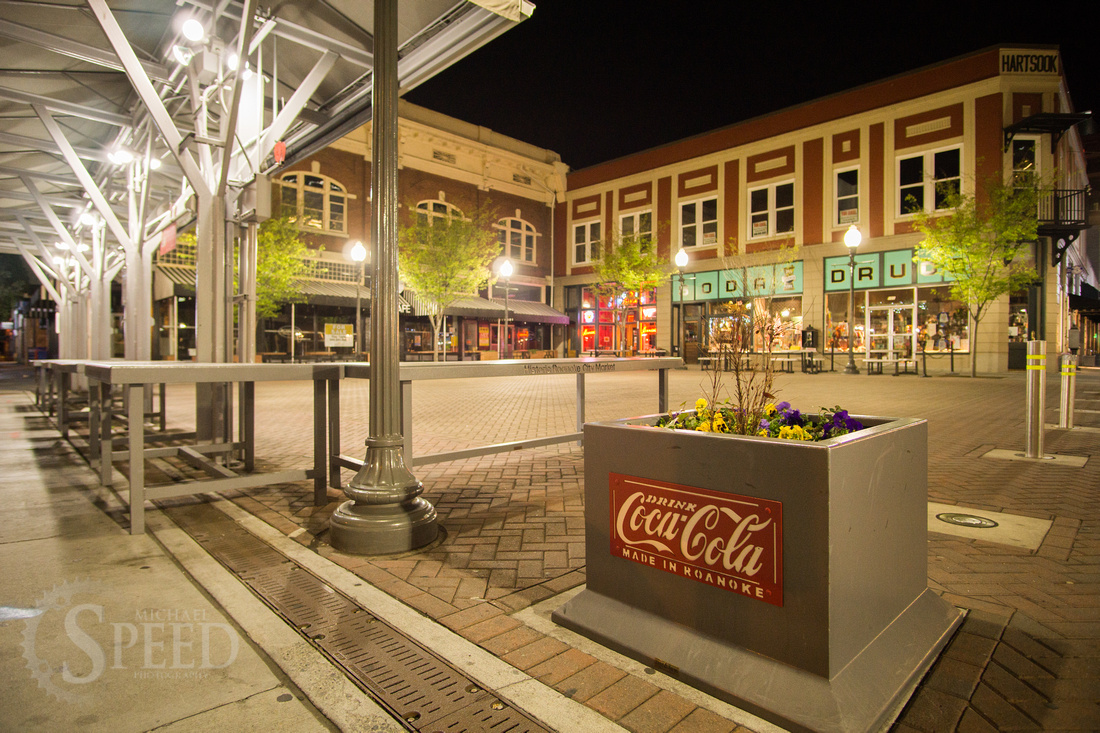 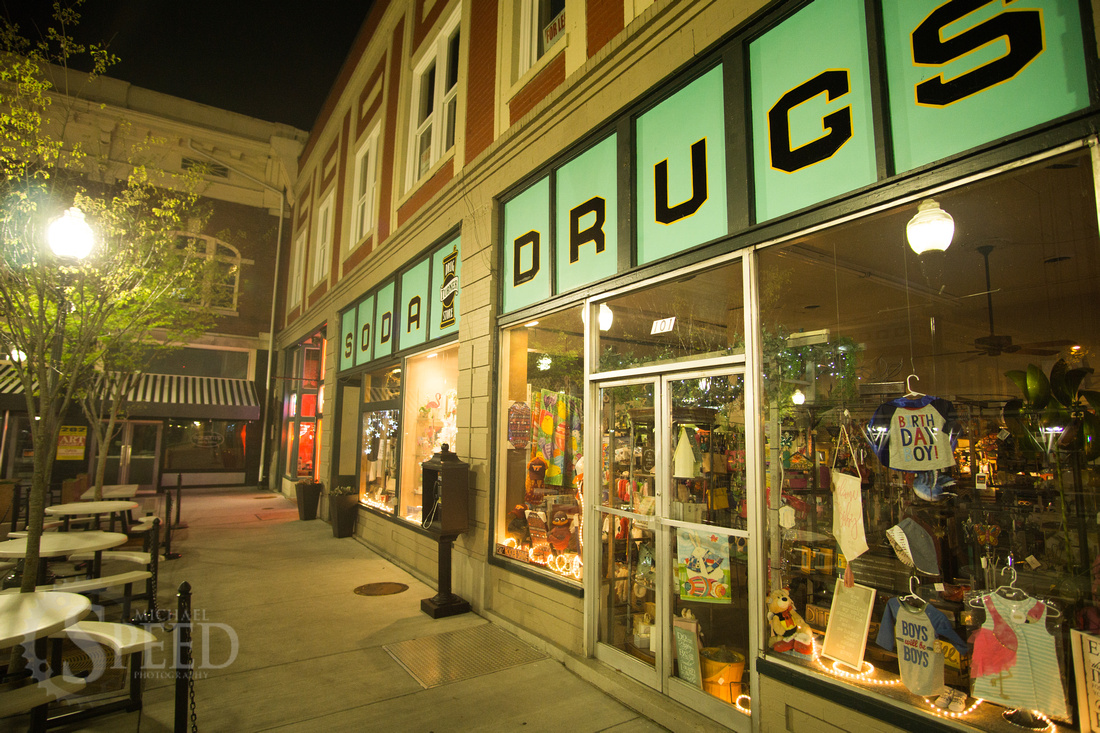 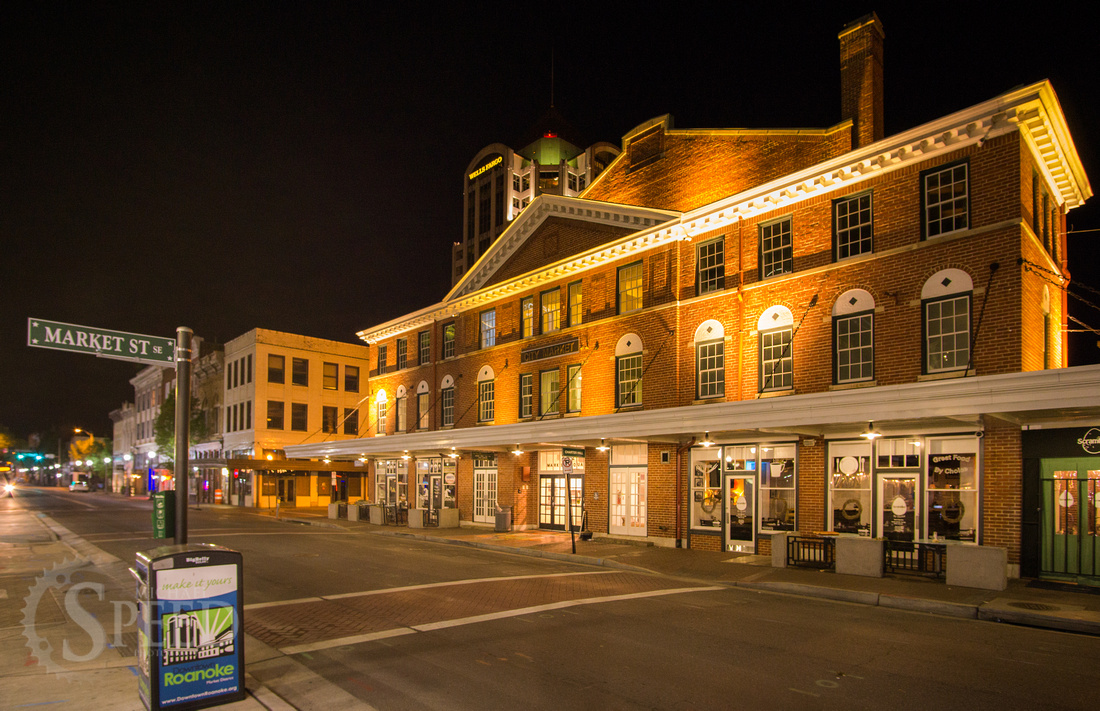 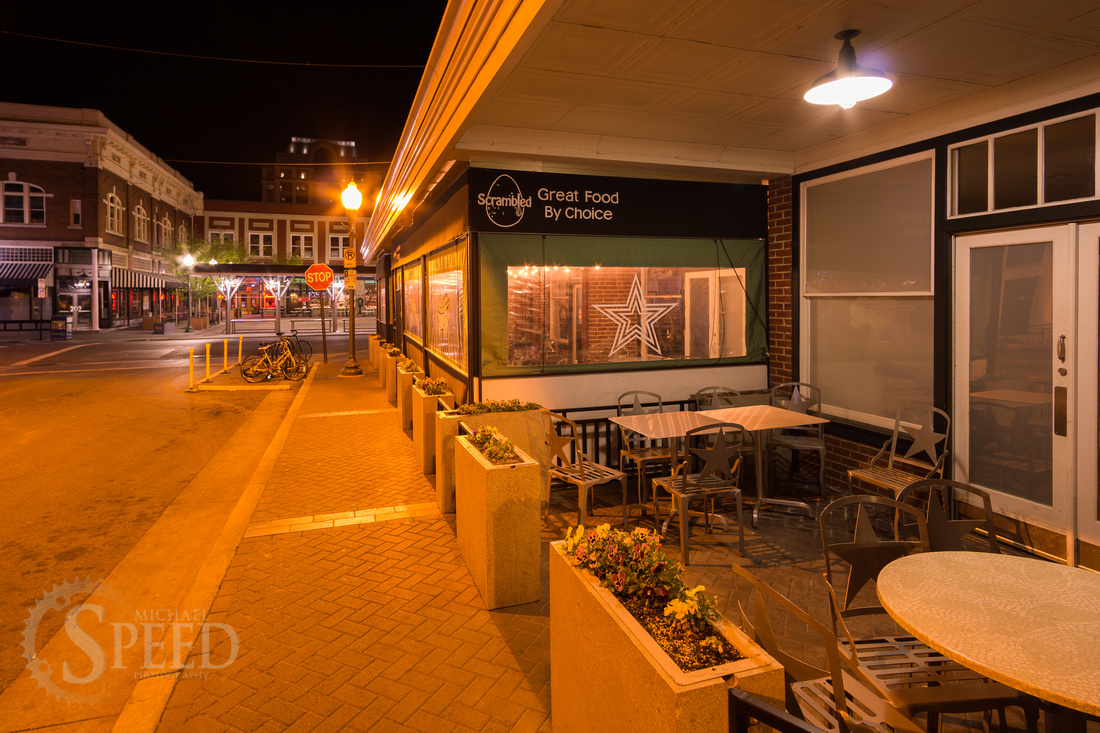 I went up to a parking garage as the sky was starting to get that rich blue color.  The orange lights on top of the garage really made for some nice contrasting colors. 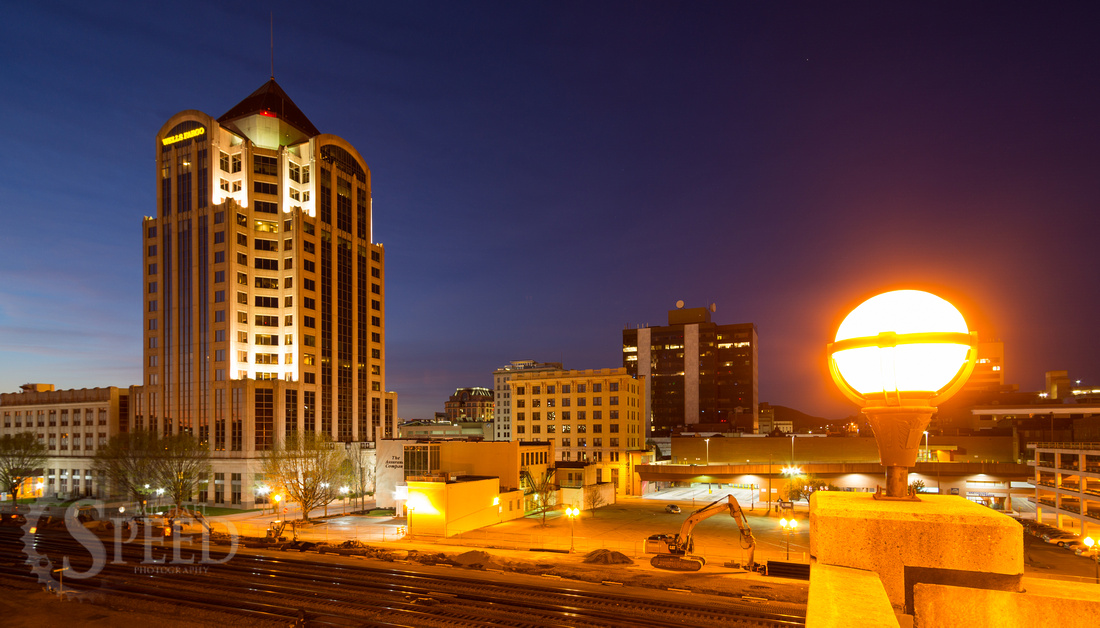 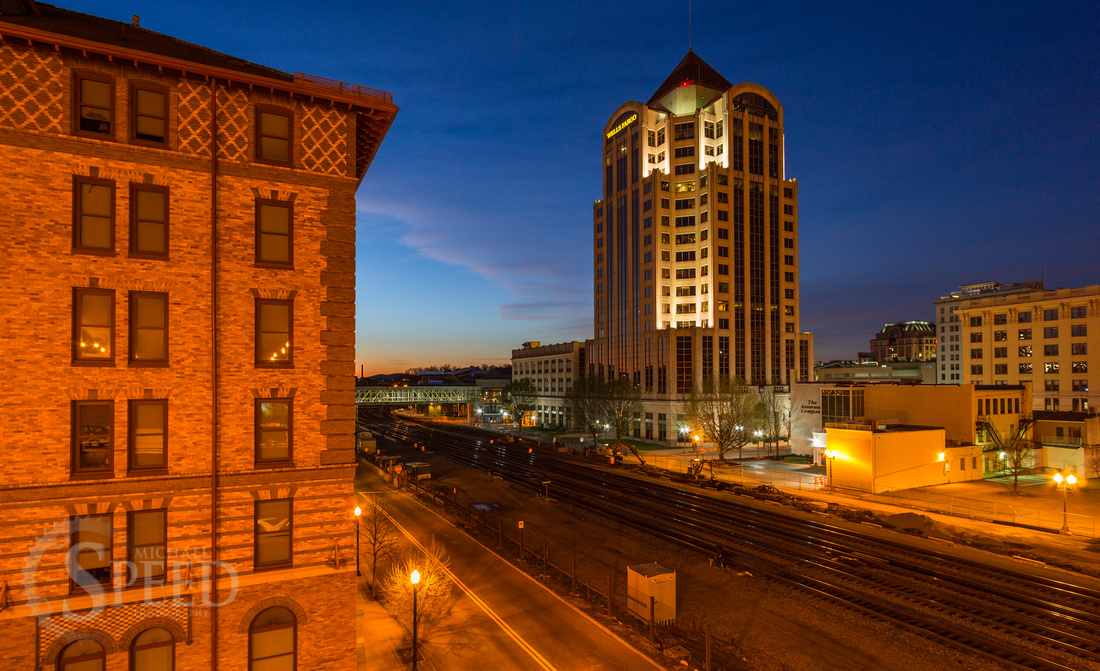 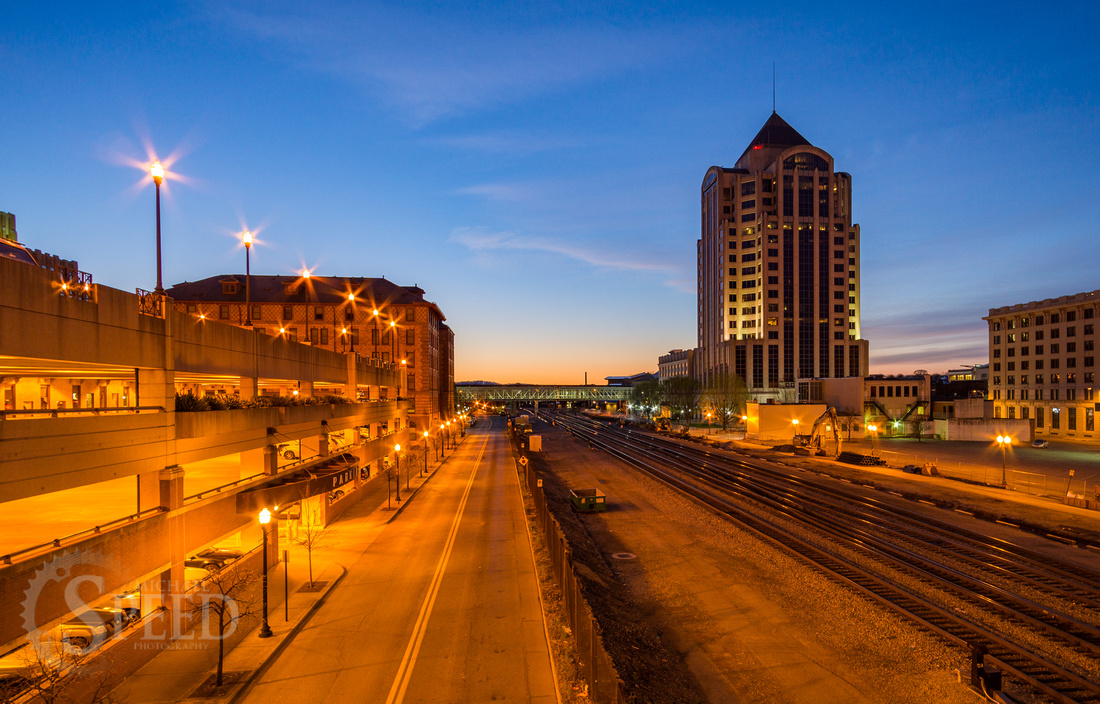 As the sky started to lighten, I moved from a pedestrian bridge(my vantage point for the above photo) to a real bridge that holds cars!  You can see the pedestrian bridge in the distance in the photo below.  It is the Martin Luther King Jr. Memorial Bridge, and has a statue of at one end. 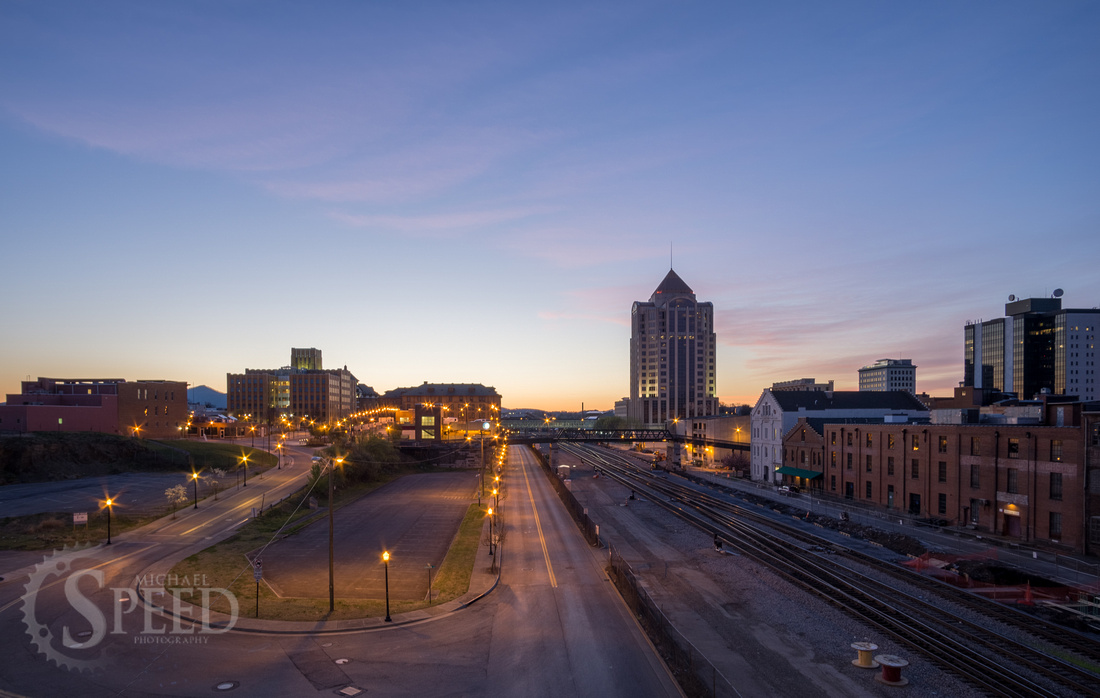 Just after I set up my tripod, a train came through. 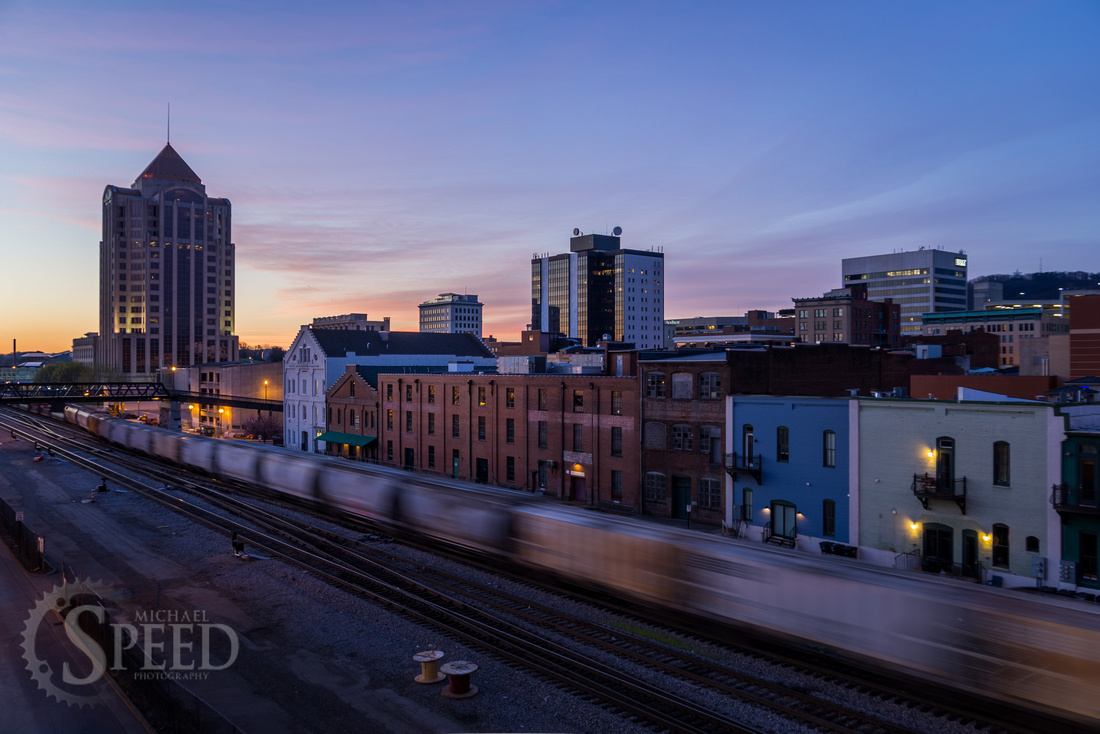 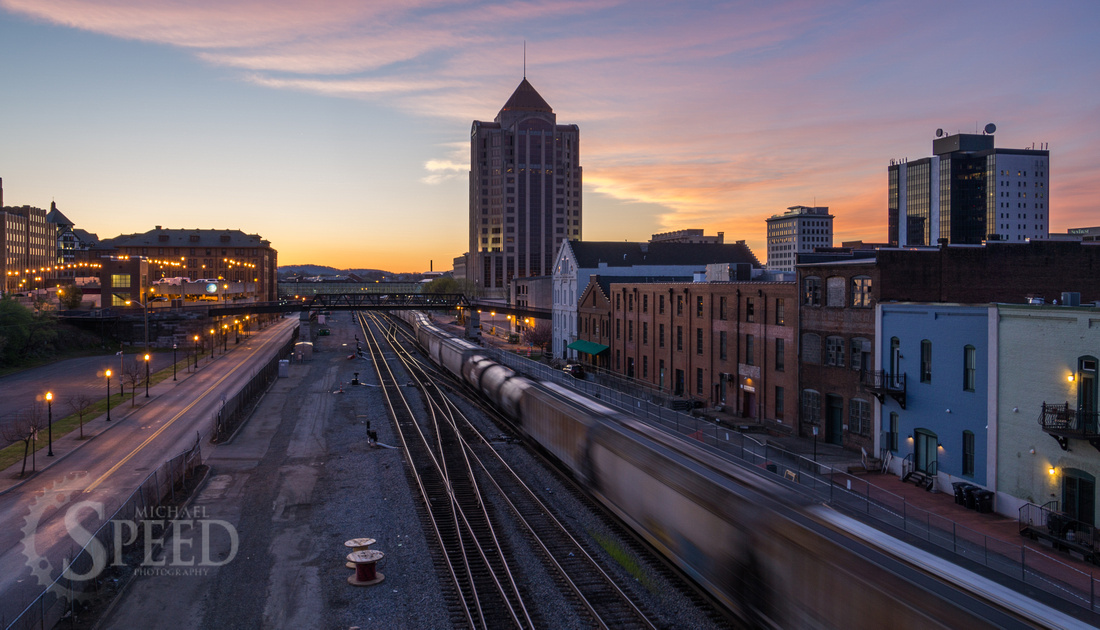 I very much enjoy the results of the photos with the train.  I waited until the sun broke the horizon before walking back to the car. 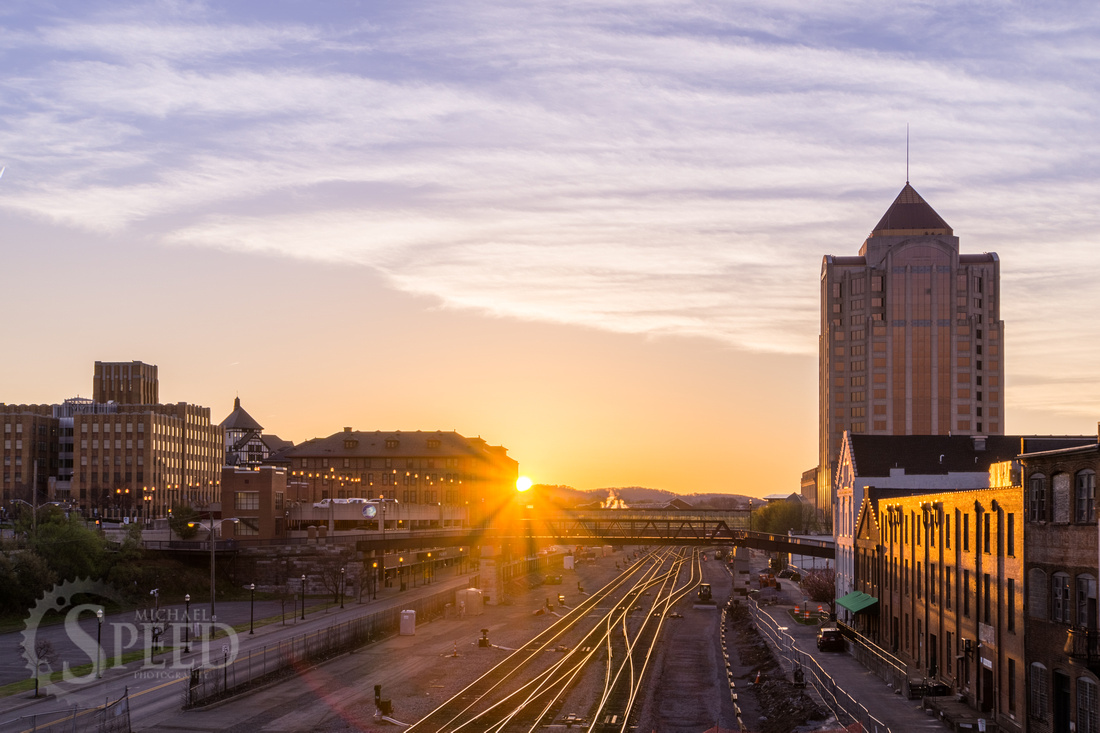 In between the car and the bridge I was on, I snapped a few more images... 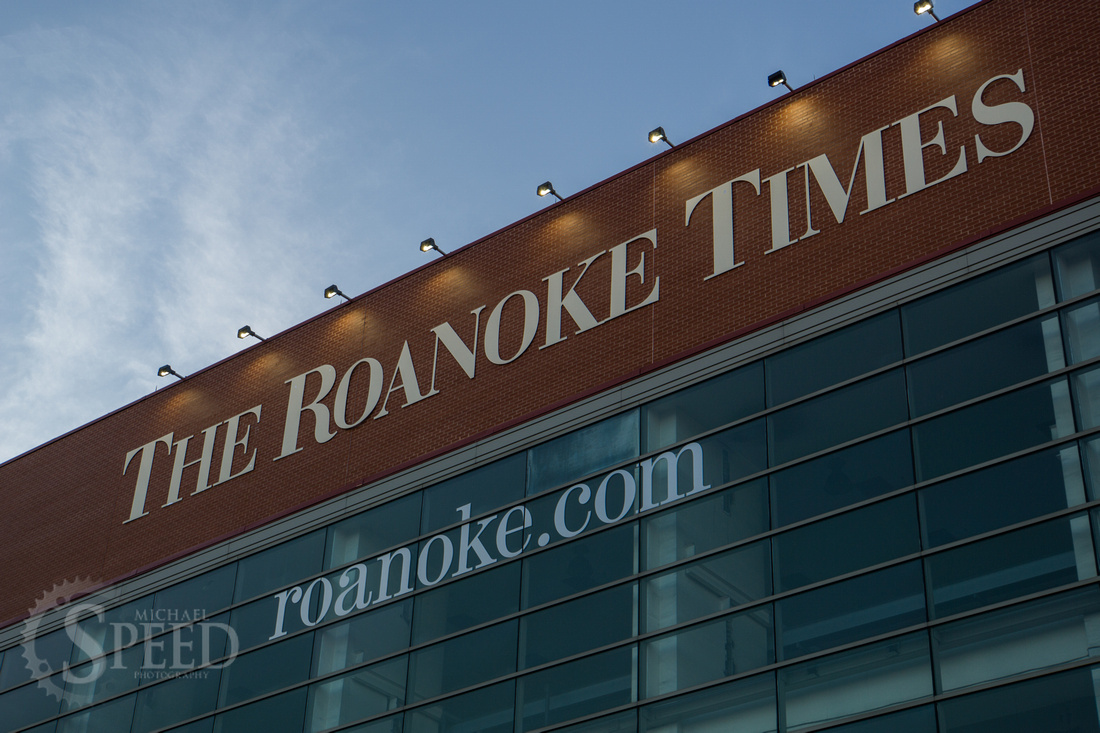 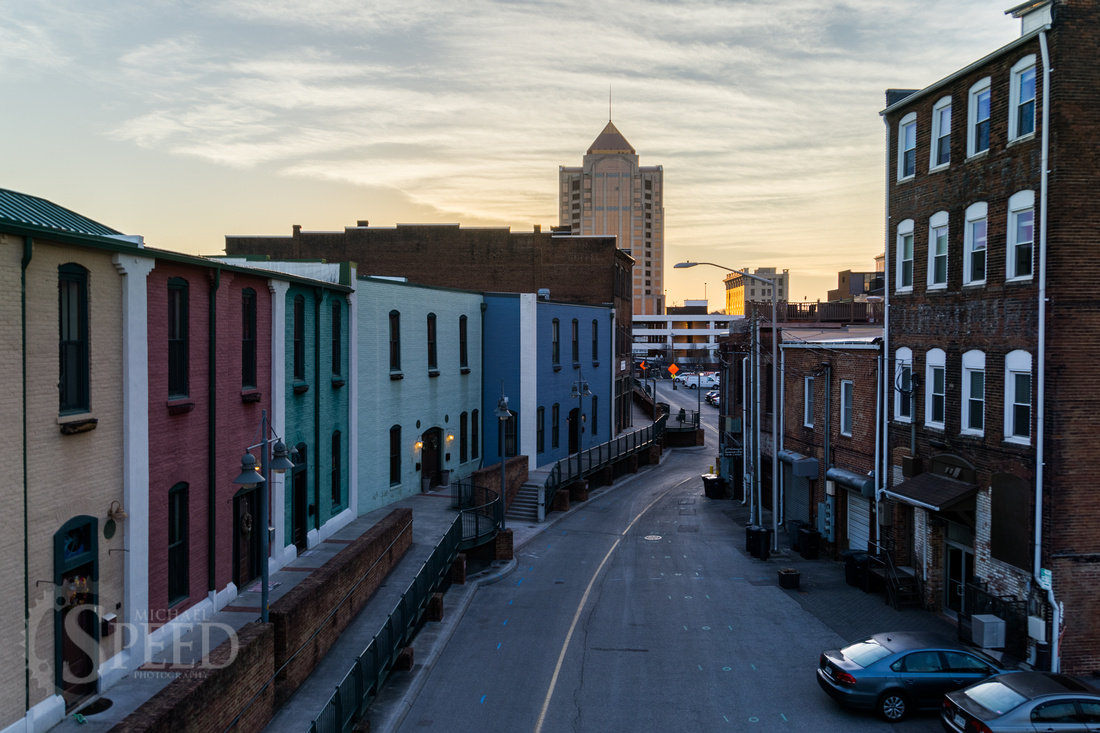 A couple days later, I went up to the Mill Mountain overlook to shoot the city as a whole during blue hour.  I was hopeful for a nice sunrise, but clouds are all I got! 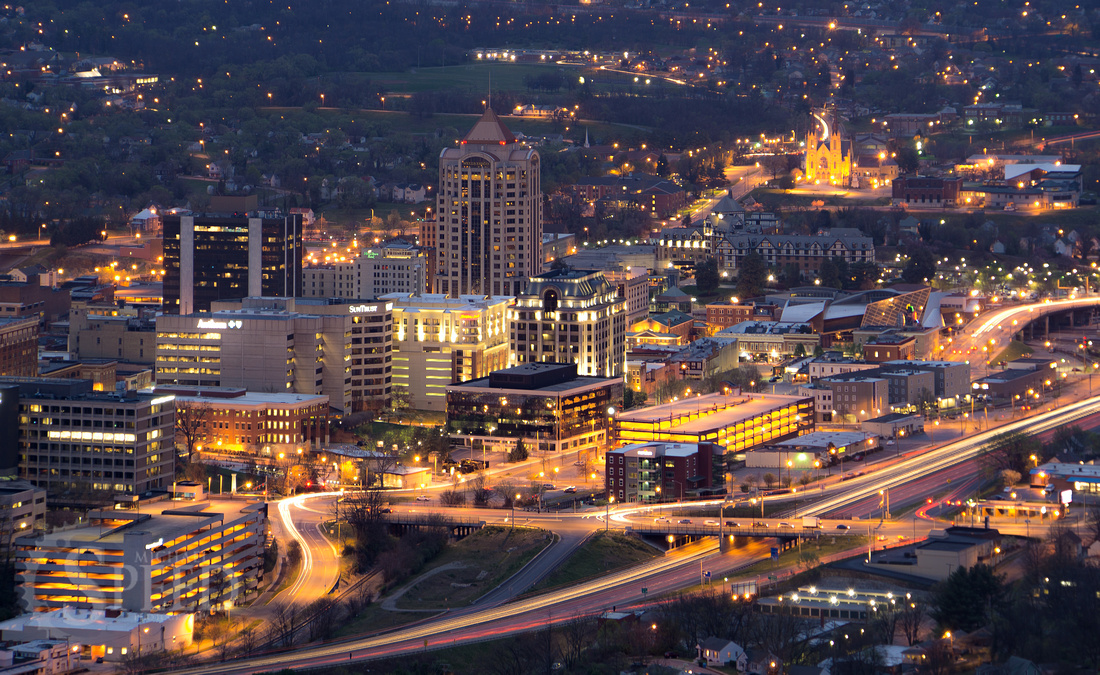 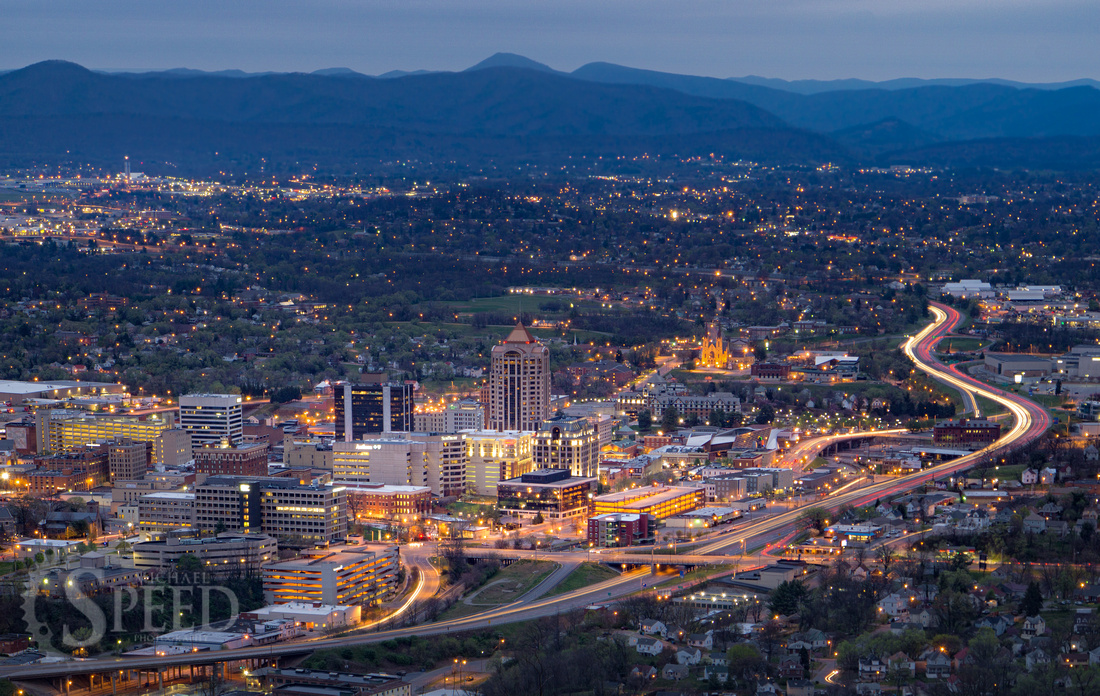