This time of year, I really don't have strong desires to move back home.  This is THE place to be in the spring!

I first have to give a quick shout out to United Camera.  I recently broke my 70-200 f4 L IS to the point where it was basically unusable.  First, I cracked the cover to the focus diagram, and then I knocked something else loose inside which all the images incredible soft at the edges.  I took a chance and sent it off to United Camera, paid just under $200 bucks, and a few weeks later got my lens back and it works like a charm! THANK YOU! 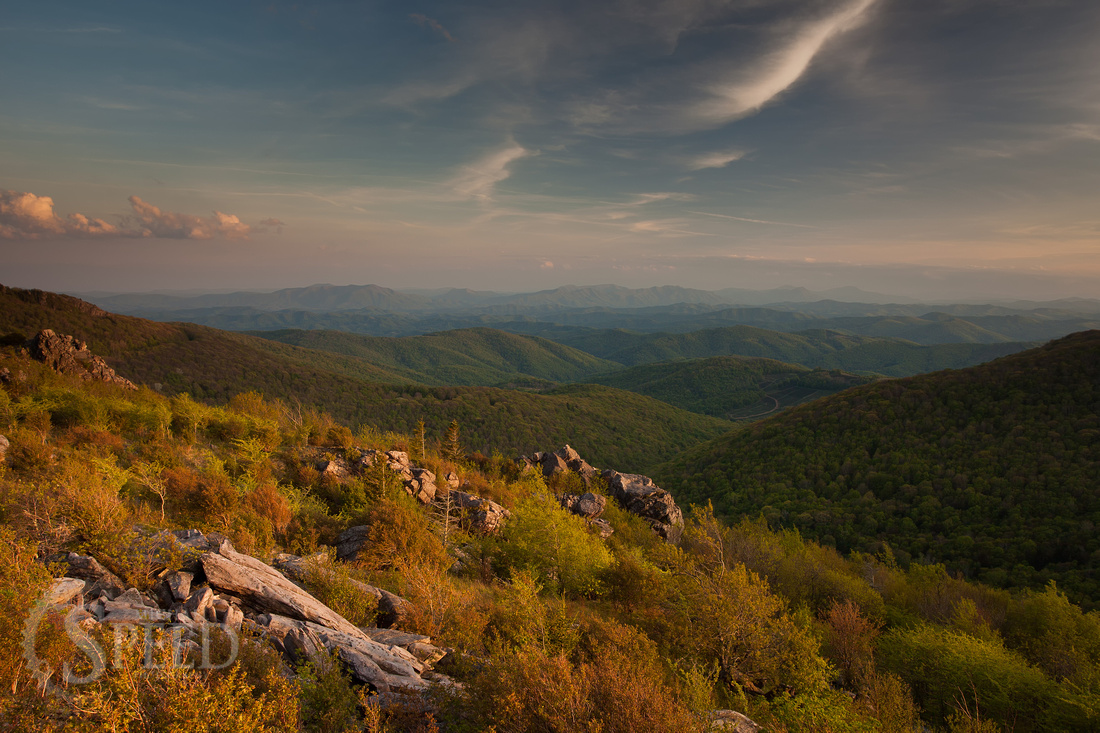 Yesterday was loooooong day with lots of photography!  I started out before first light on the New River Trail near Austinville.  I was riding my bike in this area the other day and was impressed by all the calm water, rocks, and reflections.   I hadn't realized how much rain had fallen recently!  As I got closer I realized that reflections weren't gonna be part of the equation... 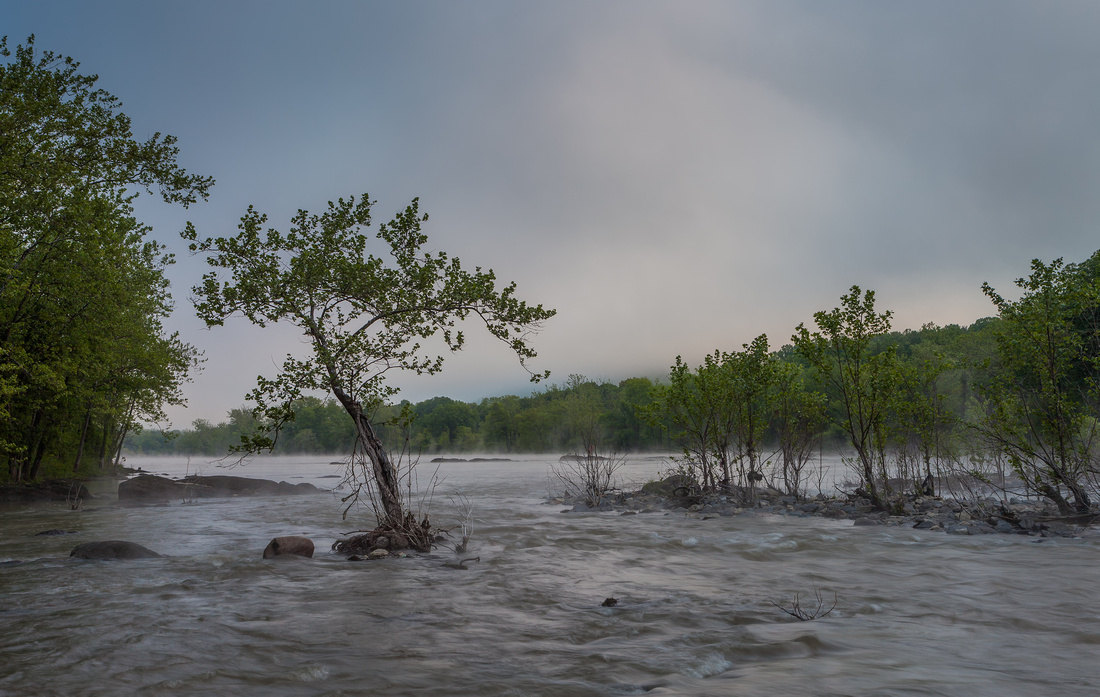 Even with reflections, the fog would have been too much for the sun to really shine through in this area.  As you can see above, the river was high enough to isolate trees out in the water.  Below, you can see the sun trying poke through the fog a little later in the morning. 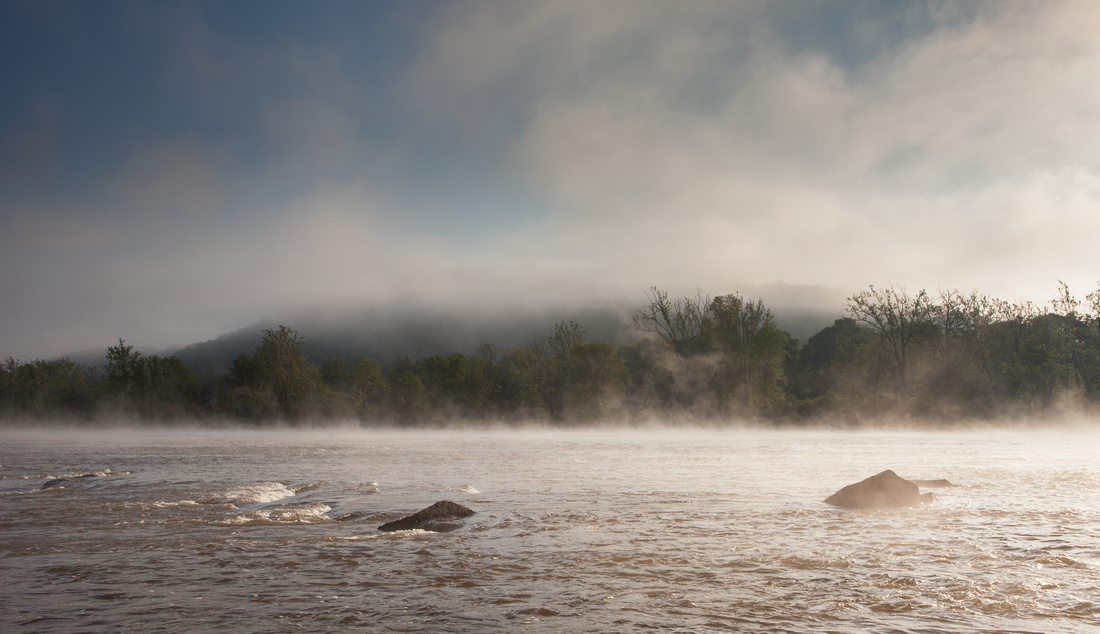 I approached the bank of the river to shoot the fog and trees in the distance.  When I got there, I startled a little family of geese.  If you look closely, you can see a straggler in the lower left. 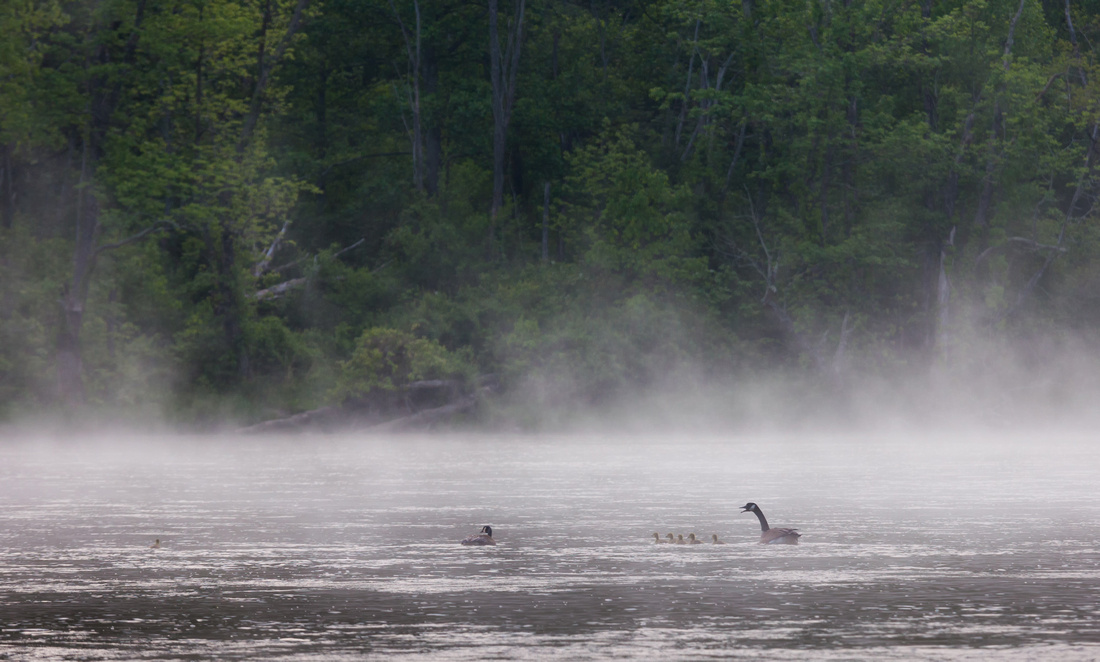 After getting back to the car, I was cruising through Austinville when I needed a place to park and walk for a photo.  I was in luck because the old guy Randy had just opened up his tire shop(it was just after 8am) and I needed a tire rotation!  So I paid $15 for parking and got a free tire rotation!(unfortunately the only photo I got was of the inside of the shop) 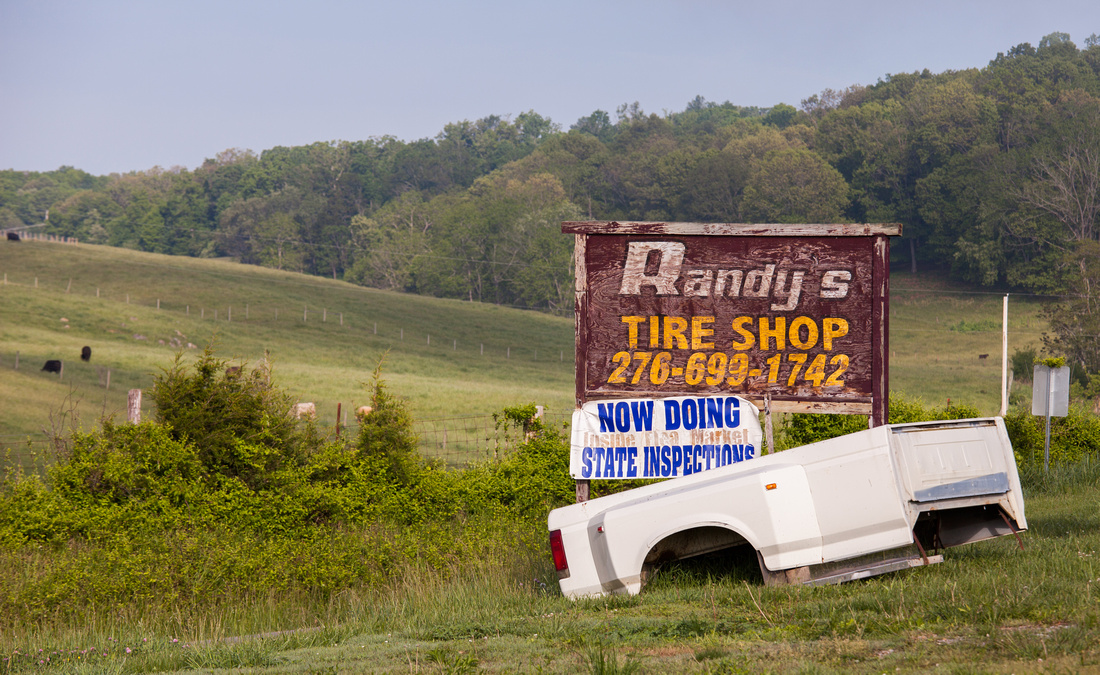 The secret to catching a woman seems dated...

After getting home and mowing the grass... I was off to the Grayson Highlands State Park.   I made a quick stop in Independence at the courthouse and took a long exposure of the Grayson County Courthouse.  "To our Soldiers of the Confederacy" 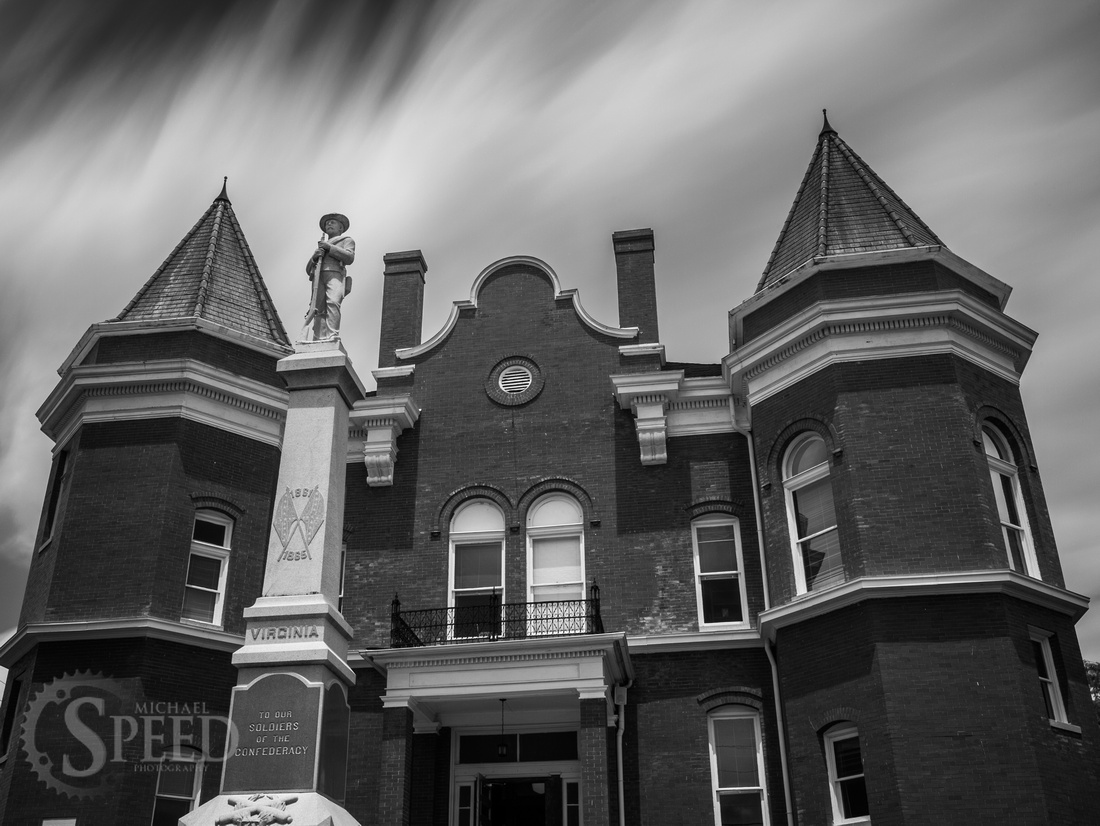 And THEN I was OFF to the Highlands!  BUT FIRST!  I made a quick stop at Rowlands Creek Falls, it's a 'quick' 3 mile out and back:) 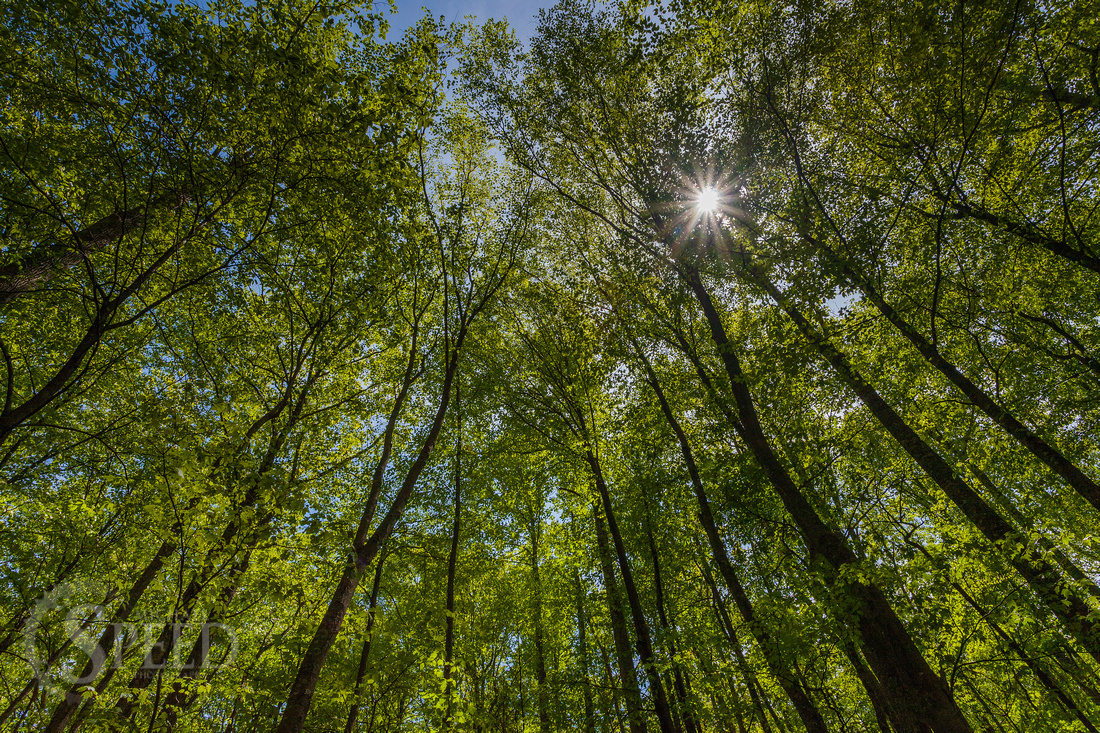 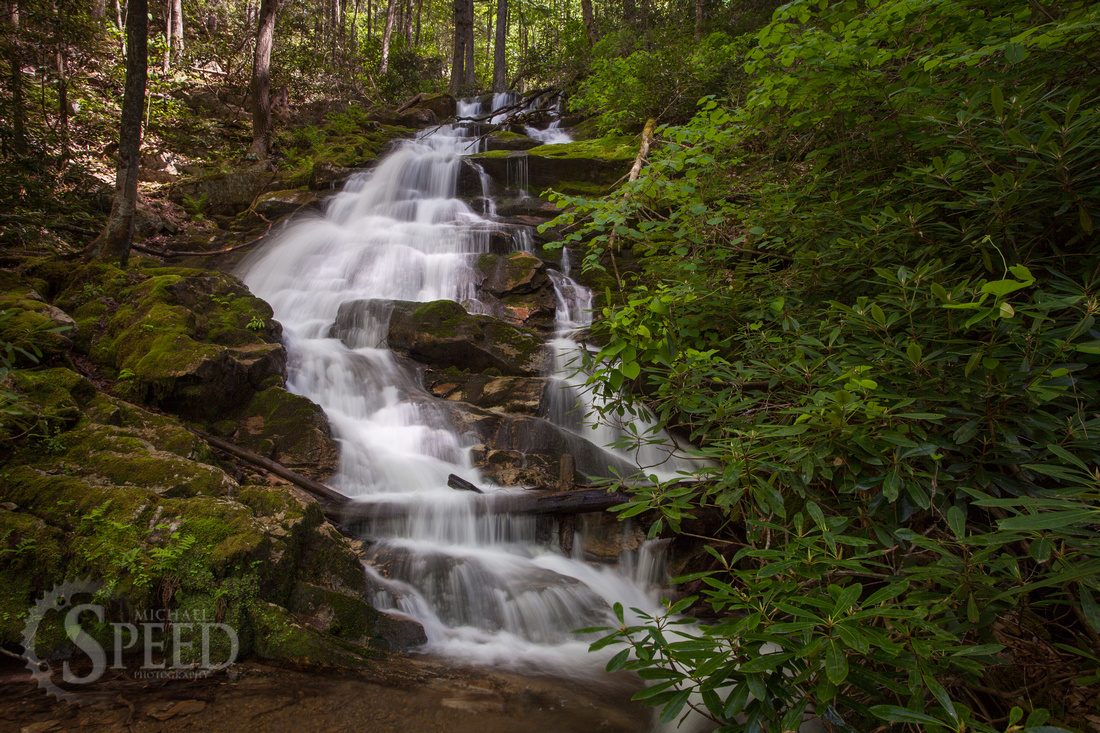 And THEN I was finally off to the Highlands.

The light greens and yellows are looking awesome right now!(but then again, the Highlands pretty much always look awesome.)  I started off on the Rhododendron Trail and made my way up to Wilburn Ridge. 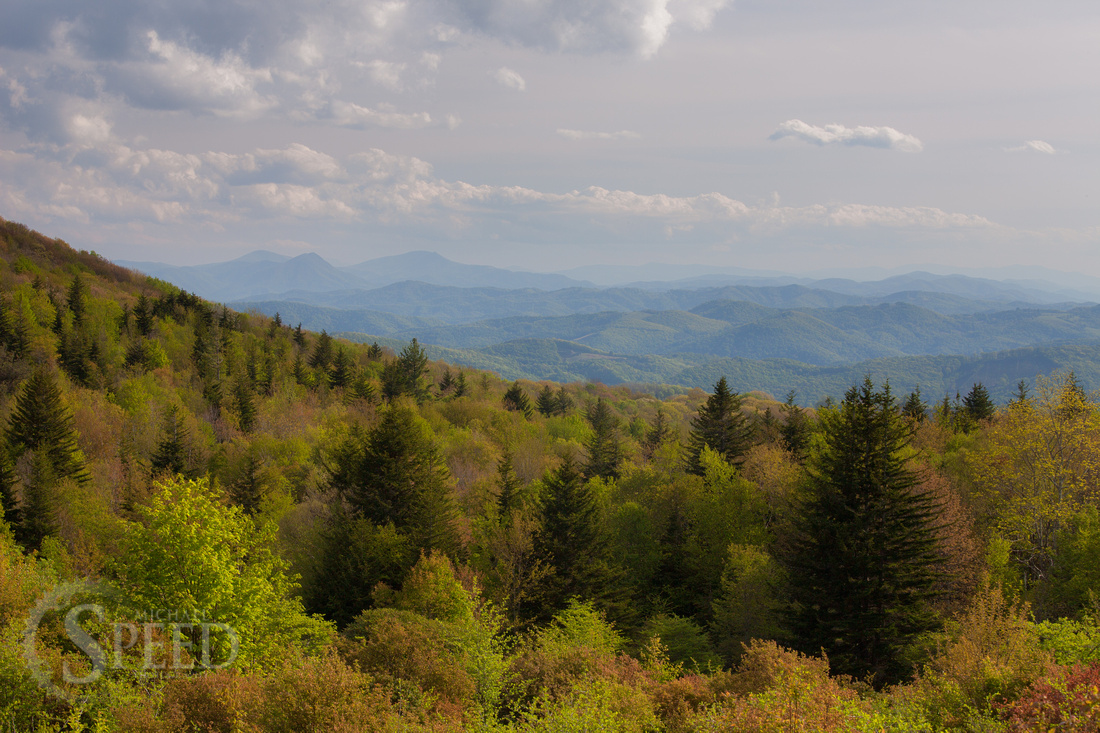 I met some nice folks while checking out the area.  LOTS of A.T. hikers up here this time of year. 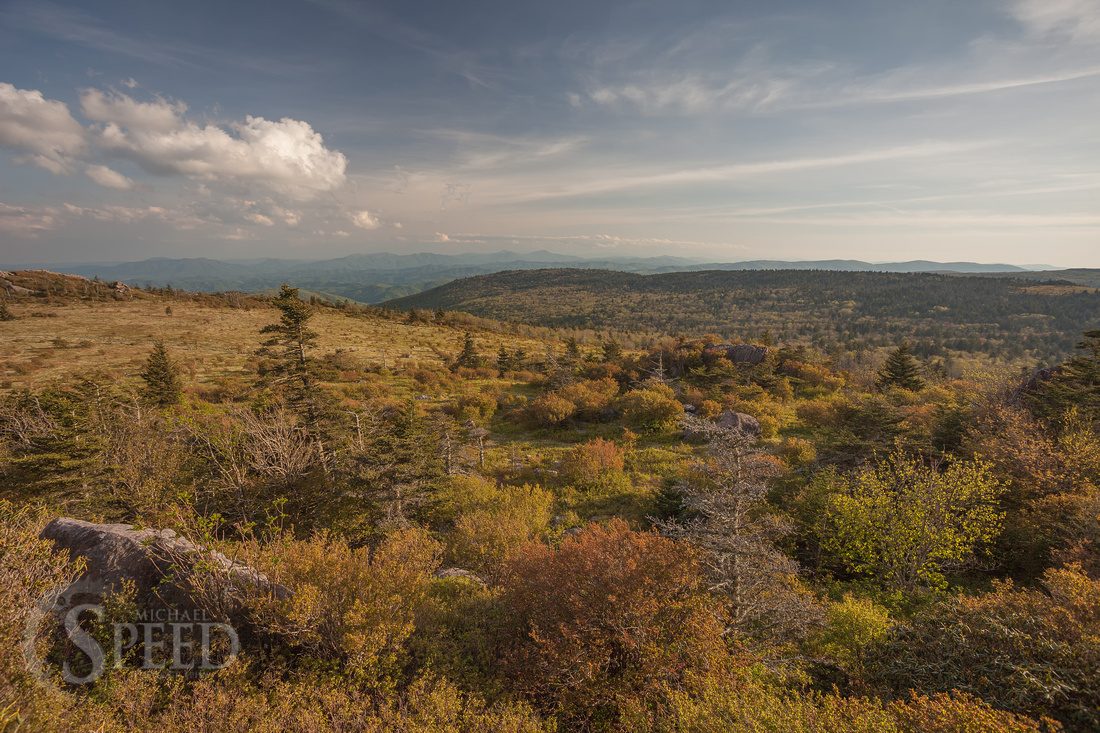 I love all these rock outcroppings. 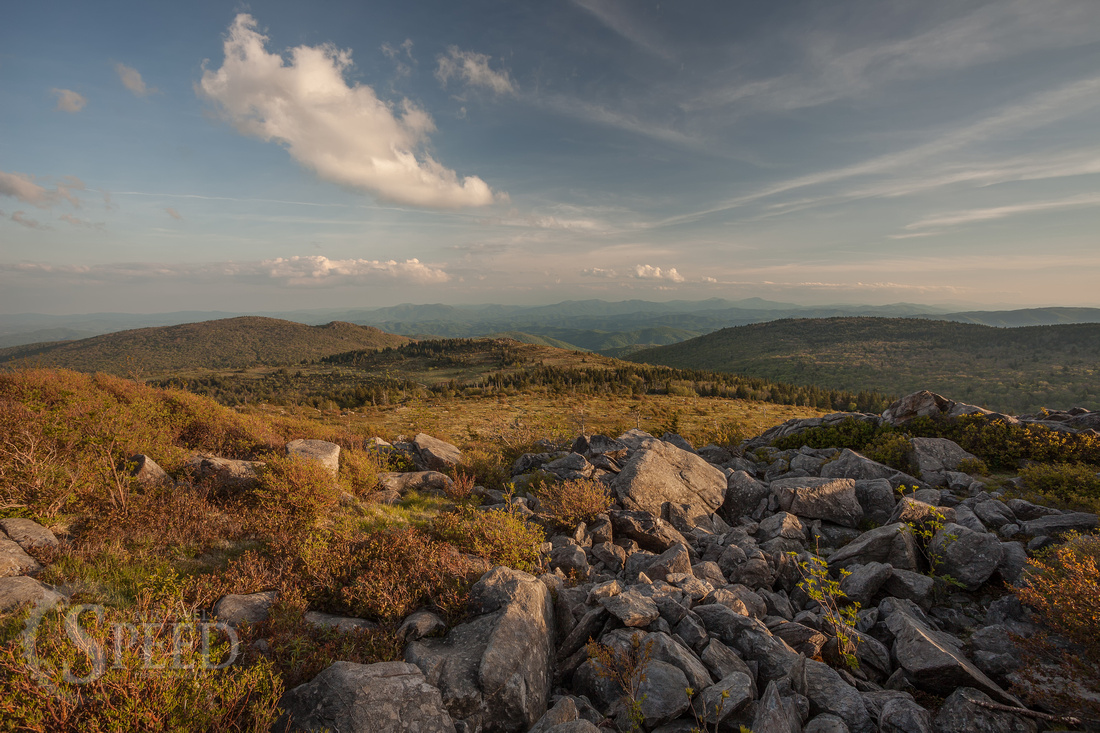 After Wilburn Ridge, I headed back to some outcroppings near the Rhododendron Gap and Massie Gap to watch the sunset.  And it was AWESOME. 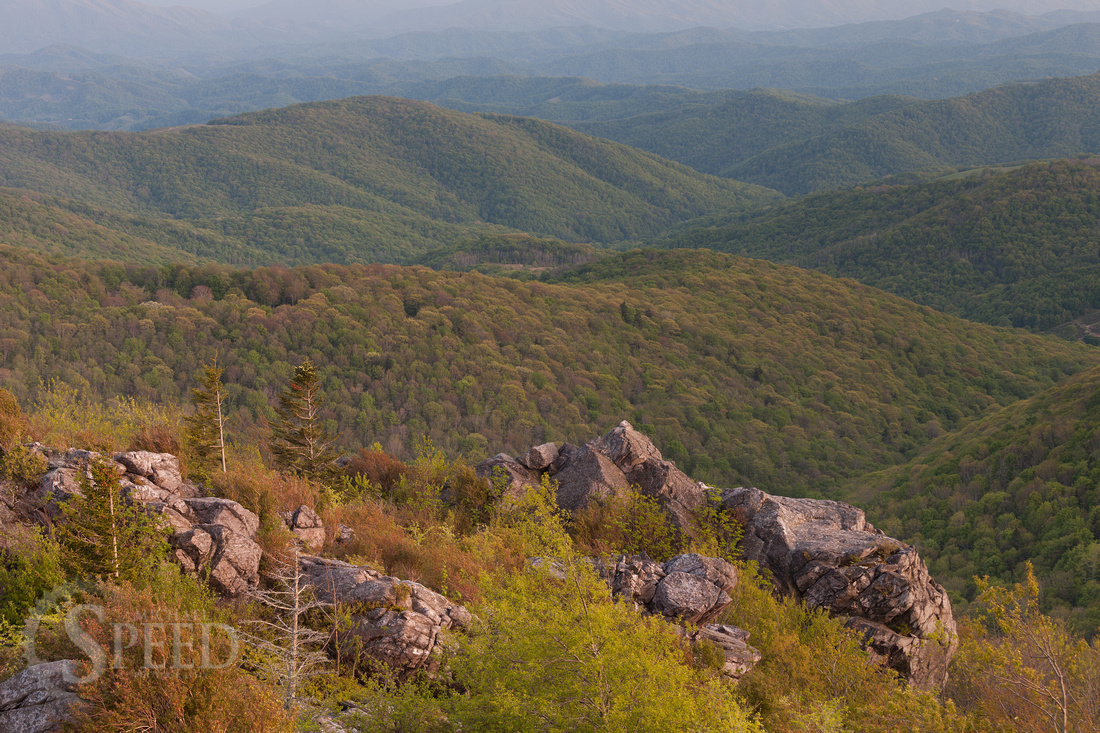 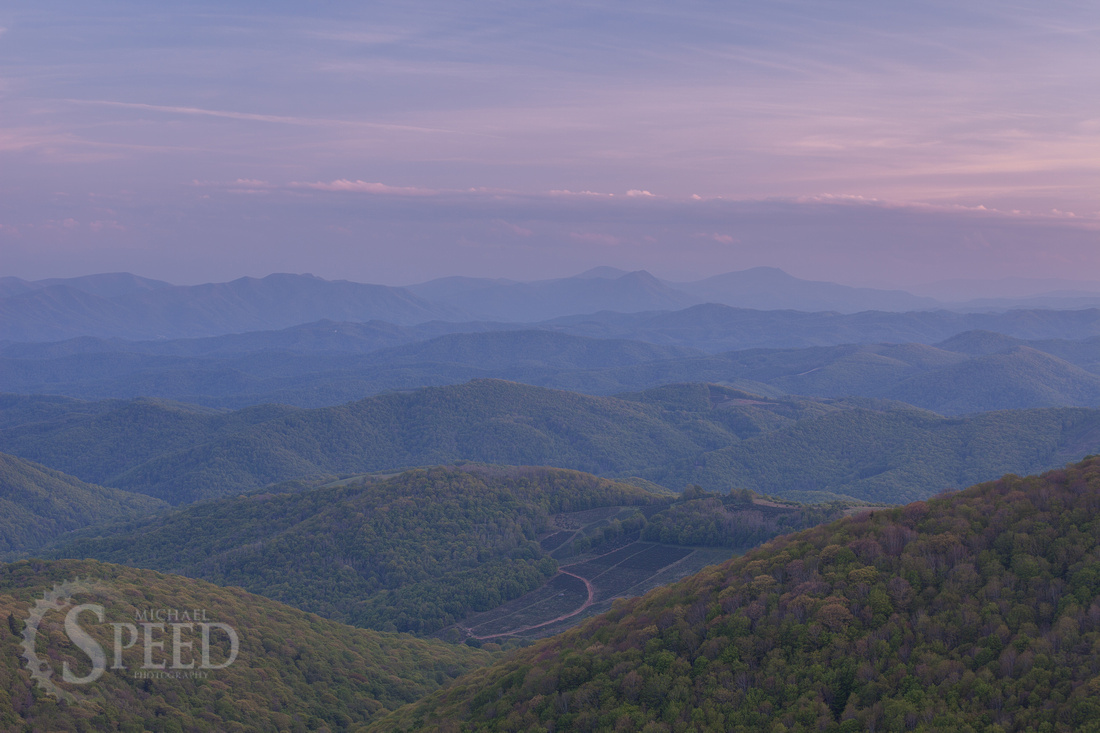 After a great sunset, I caught some nice twilight while heading back down to the Massie Gap parking area. 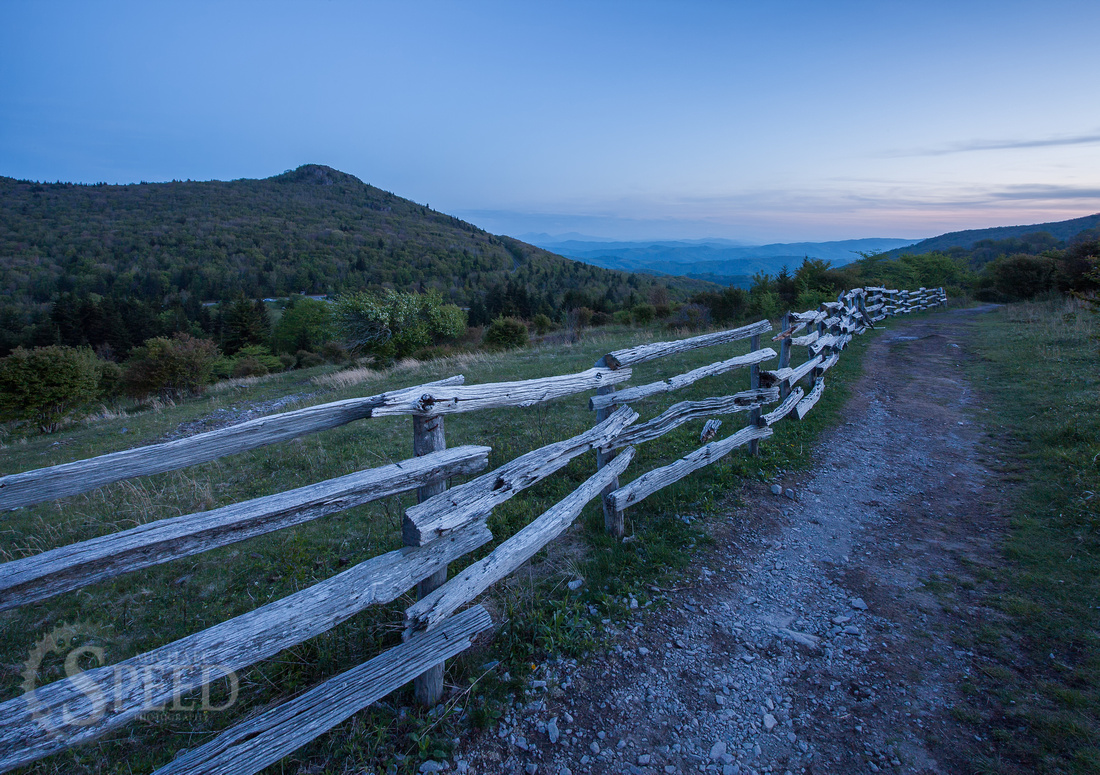 And that finishes up a great day of being outside and taking photographs.   Feel free to ask questions by contacting my directly or by commenting.  Thanks for looking:)