My Favorite Fall Images to date

One of the most exciting times of year is upon us here in the southeast.  The colors that get displayed here are some of the most intense in the nation!  Mountain after mountain turns vibrant red, yellow, orange and maroon!  The hiking trails and scenic drives become full of equally interested leaf-peepers from all over the nation!  Exciting is basically the best word to describe it!

I have compiled a list of my favorite fall images taken since I have moved to the south east.  I have only been able to experience a few fall seasons here, but I have tried to make the most of every one of them!

To purchase any of the following photographs, you can simply click on them to be taken to the gallery.  From there, you can pick sizes and framing options.  All purchased images will not have any logos on them, but can be signed if requested.

This first image was taken up on Big Pinnacle.  I got to the Massie Gap parking with very little time to spare!  I raced up the side of the mountain as quickly as I could(the steep hike will run you out of breath FAST).  Once I got into position it was just a matter of hoping and praying that the sun would be able to break through the clouds and give me some nice light.  Boy did it ever!

I loved the fall color on Big Pinnacle so much that I returned the following morning to see what the morning sun would do for me: 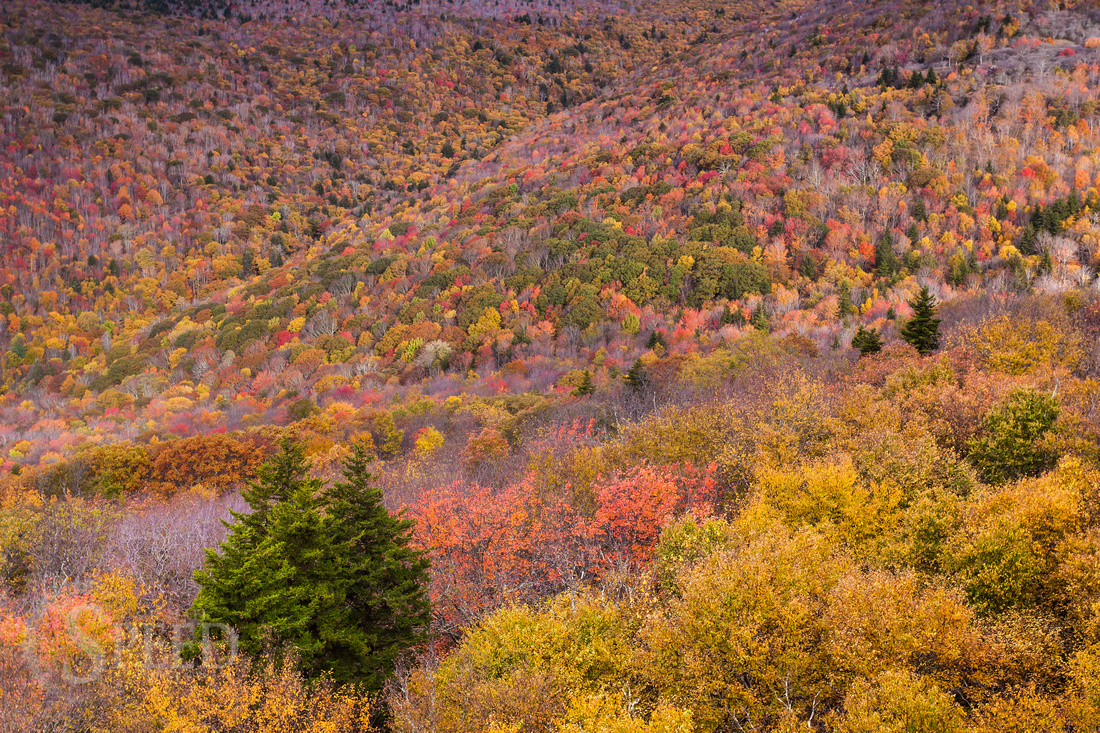 My next image is from another state park not far from Grayson Highlands, it's called Hungry Mother State Park.  In the mornings(when I shot the below photo) the lake is calm and highly reflective.  This was taken just as the fall color started last year. 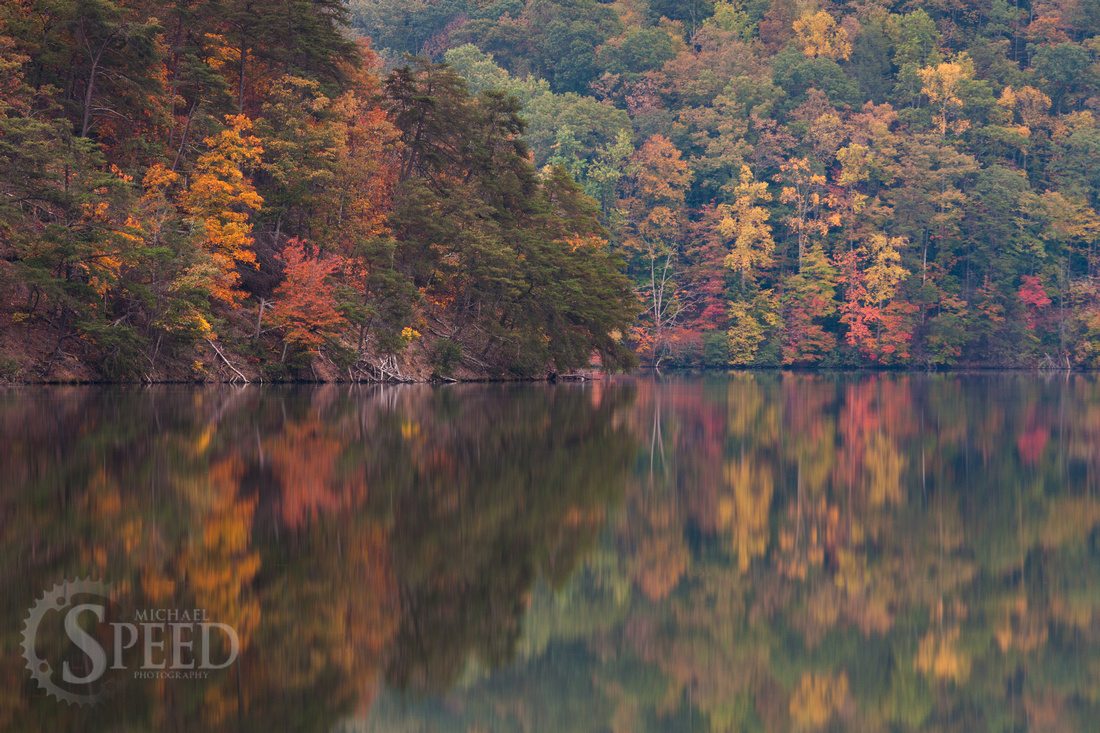 Heading up north, to some iconic places in West Virginia now... The first image from this very mountainous state is from Babcock State Park.  There is an awesomely photogenic grist mill there.  This is one of the first times I have had to photograph a scene with many other people.  I normally find myself out in the wilderness all by myself, but this was way different!  I did have some nice conversation with a few people to pass the time, so that was nice. 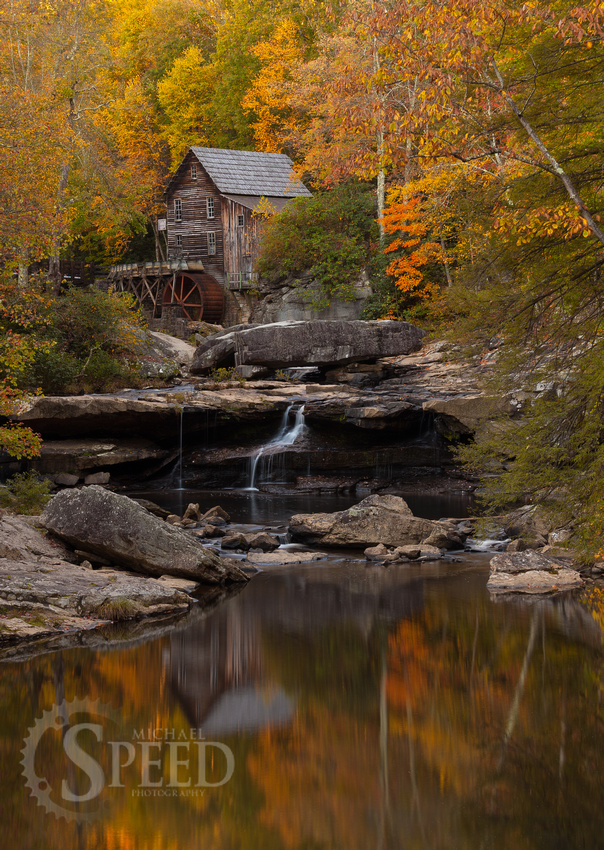 Heading further up the state, into Blackwater Falls State Park, I went to Elakala Falls...  This waterfall is known for its 'swirls' 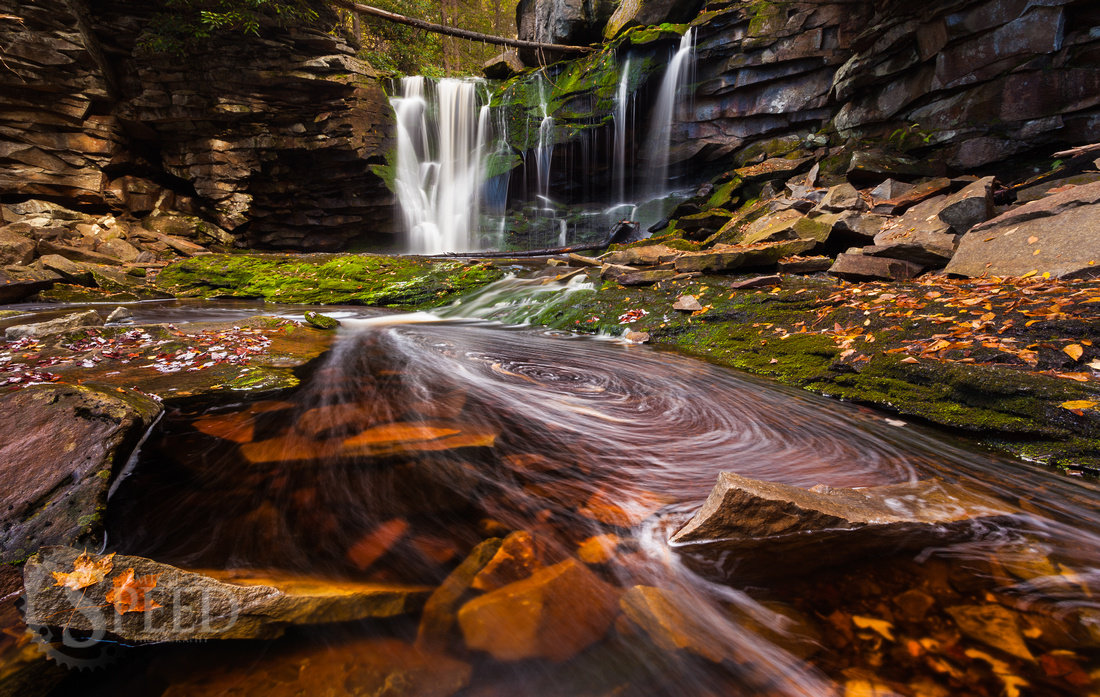 After shooting Elakala Falls, I went to another popular place called Lindy Point.   It is located in the same state park.  A lot of people were at this location also, which is why I think this photo from the trail to the overlook is my favorite: 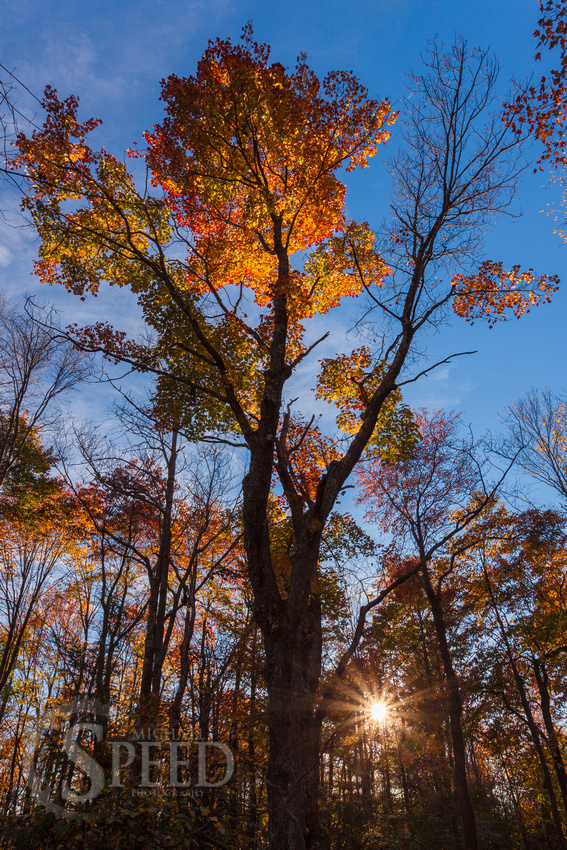 The sun didn't give me a whole lot to work with when I actually got to the overlook, so this post-sunset scene with a nice patch of color was the one I liked the most: 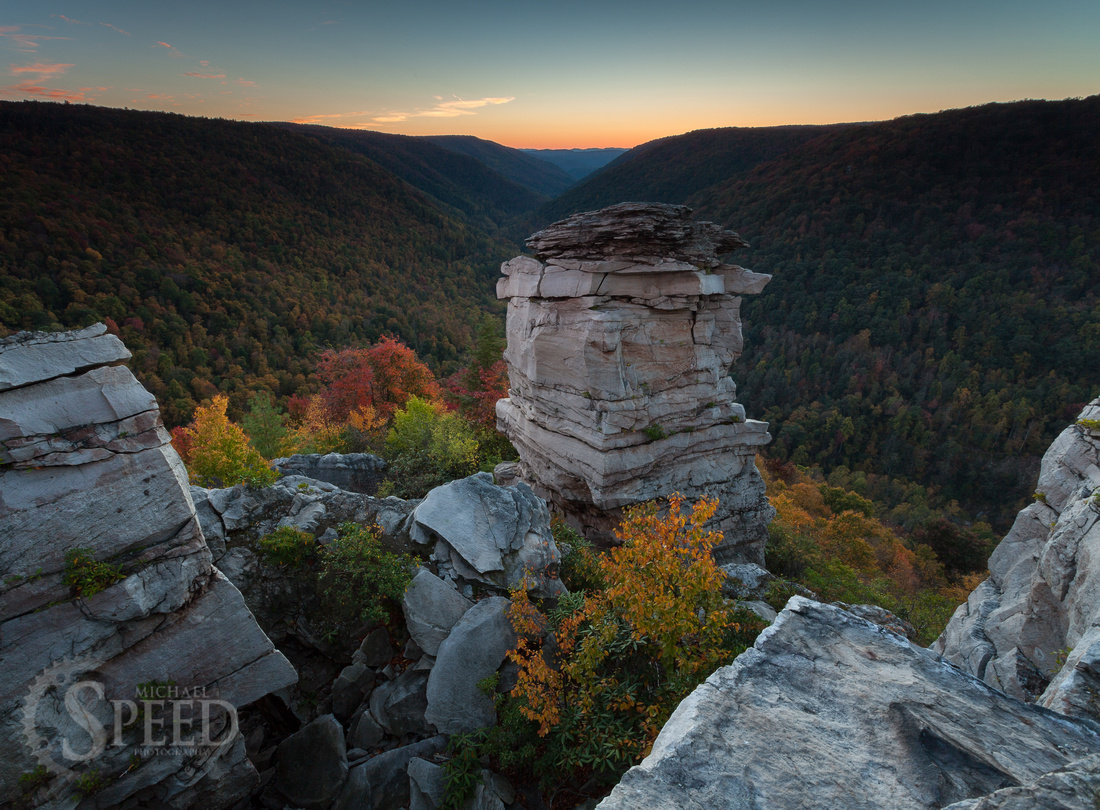 My next set of images comes from a really awesome national park, Shenandoah!

Creeks and streams can really slow to a trickle in the fall.  The slower/lack of motion on the water allows for some nice reflections.  Here is a puddle on the Jones Run Trail. 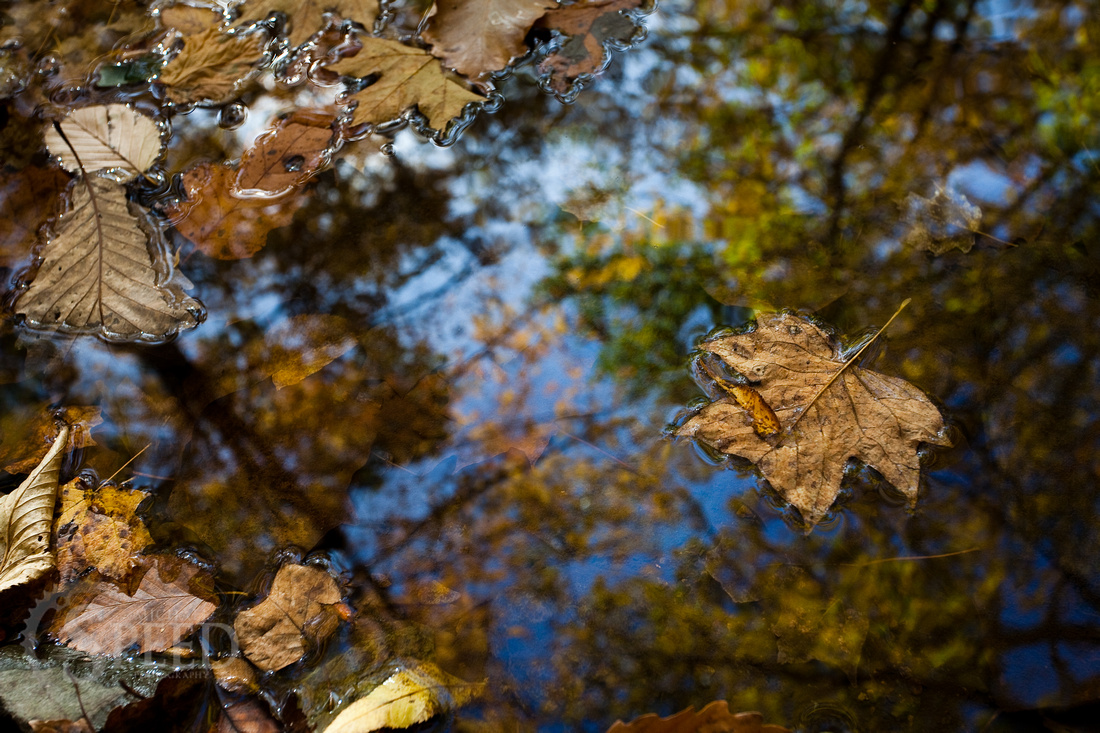 Even the waterfalls shrink in size after a lack of rain, fortunately the hemlocks and fall color really bring this image to life(taken in White Oak Canyon) 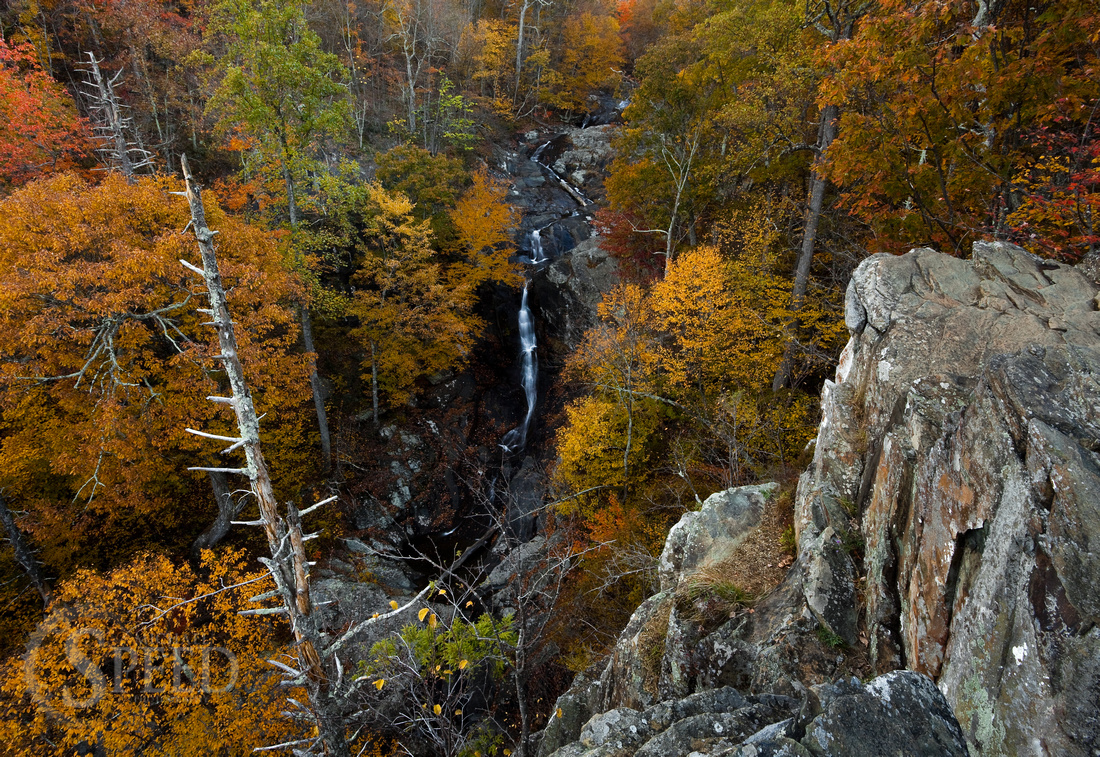 While this list is mostly focused on the southeast, I feel it wouldn't be complete without a few shots from 'the homeland'

This shot, of Pompeys Pillar just east of Billings Montana, was taken just before the fall color really got going.  But since the Southeast Montana Department of Tourism used this image for their travel guide, I am pretty proud of it. 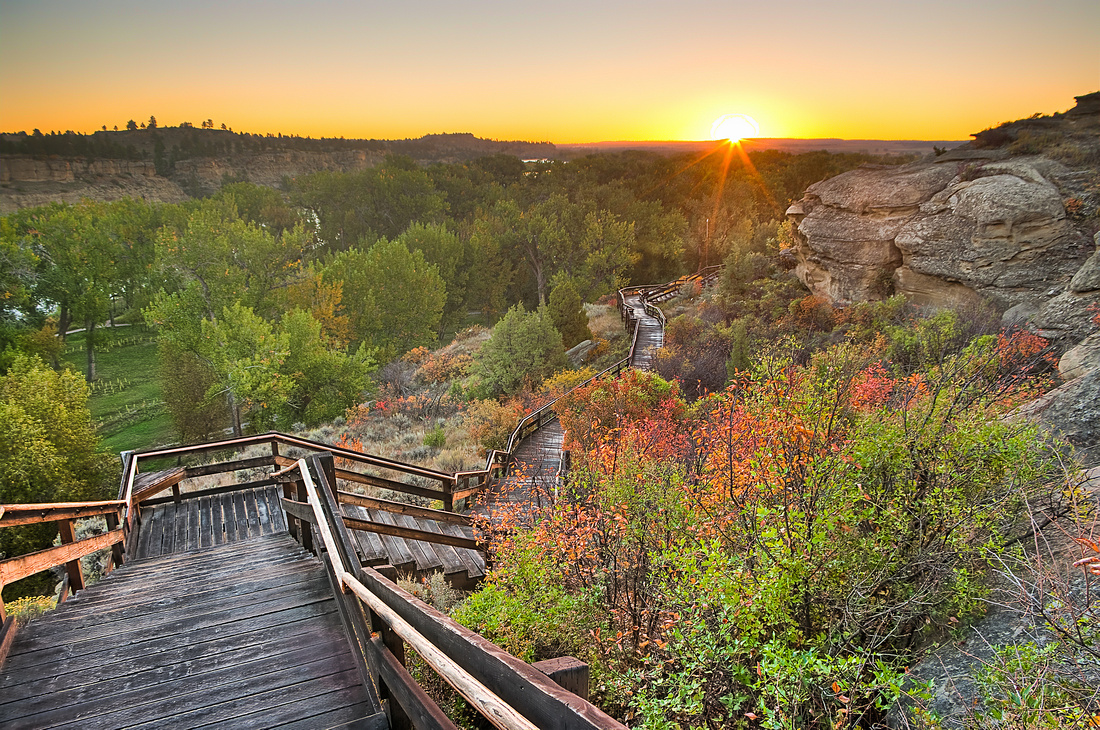 A little further up the Yellowstone River, just south of Billings Montana, is Lake Josephine.  The lake is located in Riverfront Park.  During calm mornings such as this one, the water looks like glass. 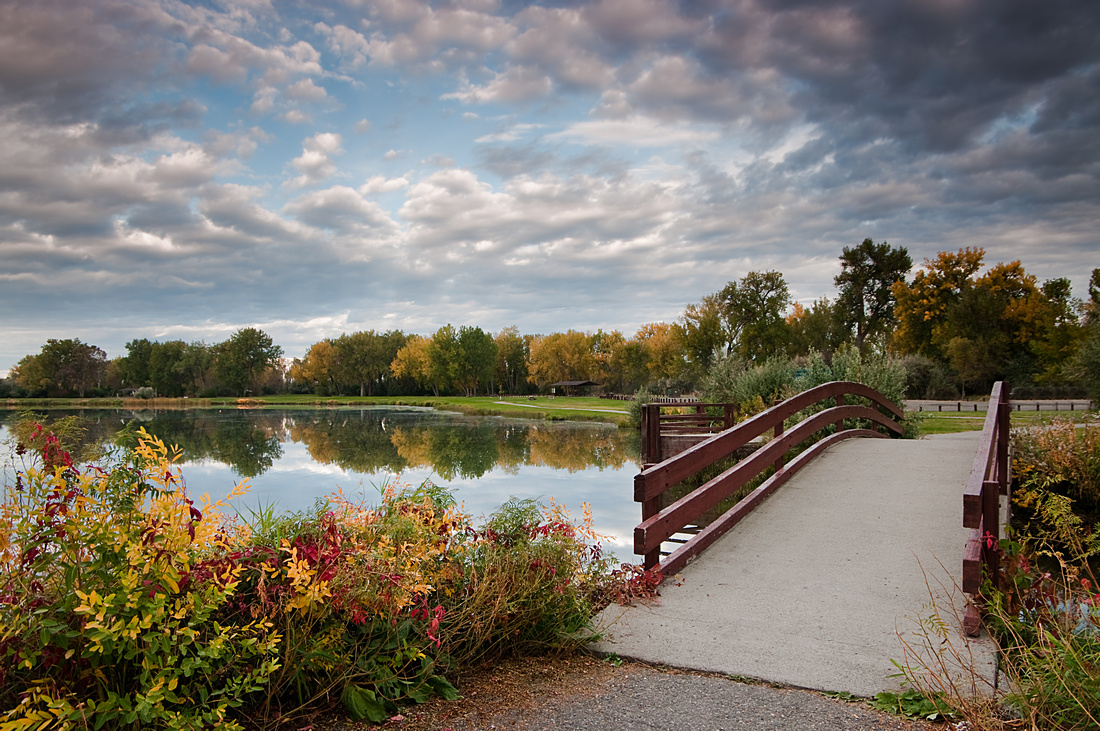 This photo, also taken near the Yellowstone River, is one of the final sunsets of an awesome Montana indian summer(a summer that lasts a long time)

The last photo is from the Great Smoky Mountains of Tennessee.  It really isn't a personal favorite of mine, but it sold really well at a festival I did last year, so that has to stand for something(sometimes other people's eyes are better judges than mine:) 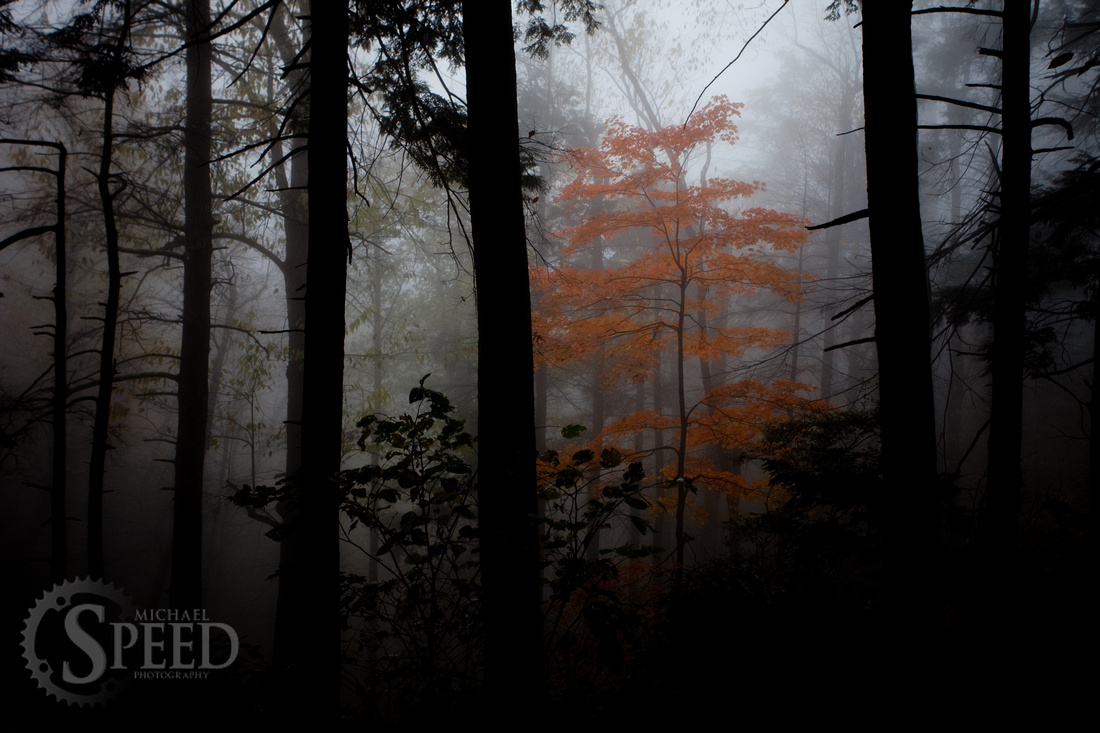 From what it sounds like, this year is gonna be a great one for fall color.  Hopefully, I'll have more to share soon!